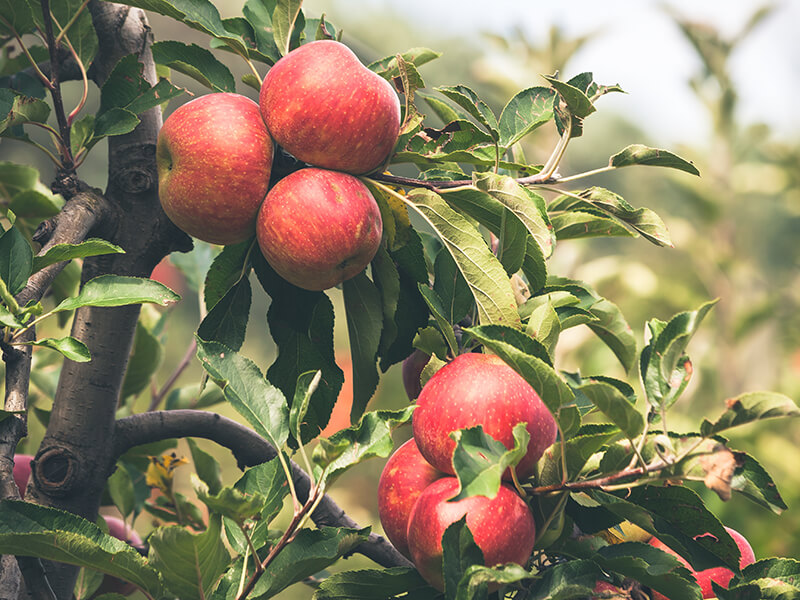 The Parable of the Apple Orchard

“When the tree matures, it will produce apples that are delicious. Inside, you’ll find seeds. I will teach you to plant apple orchards that will produce delicious apples.”

Man did as God had instructed. He planted, pruned, and fertilized, and God sent sunshine, rain, and His blessing. We know that as stewardship.

Many of us grew up believing that stewardship was what we gave. Please don’t misunderstand; giving is something a steward does. But giving will never make us a steward. We only become a steward when we realize who owns the apple tree, and what our relationship is to the owner of the tree.

Man and woman had children, and they taught their children to grow their own apple trees. It wasn’t long until they had a country of beautiful apple orchards producing delicious apples.

But man began to argue about whose trees would be picked by whom. In addition, other nations became jealous of the way God had blessed the country. And they began to build armies to take over the country. Then God said, “It’s not good that man should operate this way.” So He sent kings and judges to be in charge. We call that government.

The kings did their jobs . . . they built armies to protect their country.

The judges did their jobs . . . they decided whose trees would be picked by whom.

And when peace returned to their country, the kings and judges came to man and said, “Man, we need some apples to finance our operation.” We call this income tax. Man didn’t like it any more than we do today. However, man understood that it took government money to operate. Man understood that he could live with any income tax system put in place by government, so long as he had enough apples left over to eat.

But there came a government that did not know that God owned the apple trees. We will call that government Caesar. Caesar became more aggressive in demanding apples. So man went back to God and said, “Please tell me the rules again.”

Of course, you know what God told man. He said, “I ordained government. I didn’t want to, but you forced me to. It takes apples to operate the government. Therefore, ‘you must render unto Caesar that which is Caesar’s, and unto God that which is God’s.’ ”

Man observed that there were surplus apples produced by his country while other countries didn’t have enough to eat. So man decided to sell his apple orchard and build a packing company. He would sell the surplus apples to other countries for a profit. But you know what happened when man sold his apple orchard: Caesar came in and cut down a fourth of the apple trees. We call that a capital gains tax.

Man realized that something different had happened. When Caesar took a third of the apples as an income tax, man went back to the apple orchard the next year and picked another hundred bushels of apples. But when Caesar cut down the trees, there were no more apples. Man also observed that when his neighbor died, Caesar cut down half of his apple trees. We call that an estate tax.

Man said to Caesar, “Caesar, don’t you understand? There are only two things you can do with an apple tree. You can fertilize it, prune it, and let God send the sunshine, rain, and blessing, and grow apples. Or, you can cut it down and burn it as firewood.” In the last 25 years, Caesar has “cut down almost $3.5 trillion worth of apple trees.” We’ll call that the national debt.

That is what Caesar has taken out of the economy of this country, because Caesar didn’t know that God owned the apple trees. Caesar thought they were his to cut down and burn as firewood.

So man said to Caesar, “Caesar, those are not your trees, those are God’s trees. God has placed me here as a steward, the caretaker and trustee of those trees. I’m going to build a fence around God’s apple orchards, and I’m not going to give you a key. You can stand at the gate and take some of my apples when I pick them, but you cannot cut down God’s trees over which I am a steward.”

Conclusion
Our government, (Caesar) is one of the few governments in the world that recognizes that charitable giving is an asset to our country and society in general. Therefore, tax laws in our land allow us to “build fences” to protect our estates from some of the taxes (cutting down of our orchards). As Christian stewards we should take advantage of opportunities we have to protect our orchards. We need to be grateful and pay the taxes we owe after building all the fences available. (Render unto Caesar that which is Caesar’s.) We would count it a privilege to help you build fences around the “apple orchard” God has entrusted to you. © Lifestyle Giving, Inc., 2018