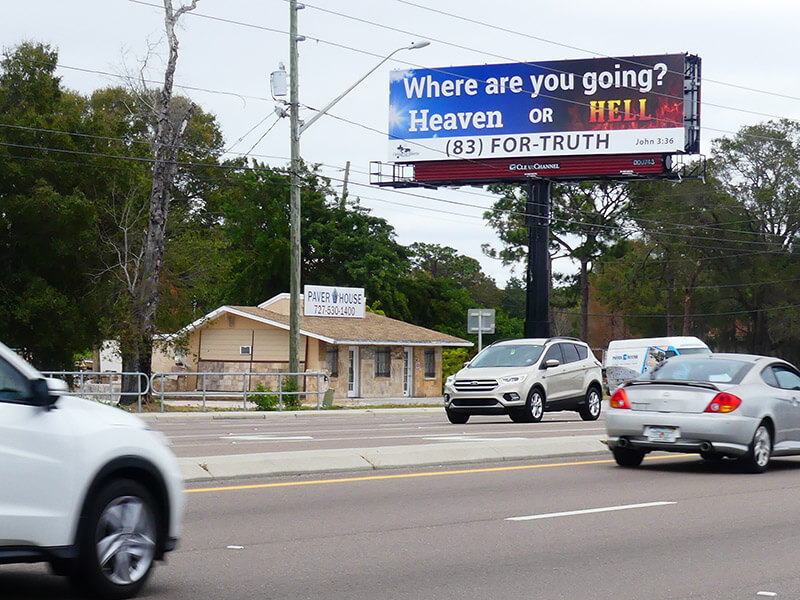 From peace to endurance

An update on From rejection to peace

In our March 2020 Billboard Evangelism newsletter, we published the article “From rejection to peace.” This was the account of Tina* and Carrie, friends who were adopted from orphanages in Romania by different families. Traveling together, they called after seeing one of our Gospel billboards. This led them to spend several days in a phone team member’s home, and together they experienced their first Anabaptist church service and a family devotional time.

A thirst for spiritual truth led Carrie to study God’s Word. Then in June she became deeply troubled after failing to stop the suicide of a friend. Carrie again visited our team member’s home and church and asked them to help her become a Christian. With her Anabaptist friends kneeling in prayer with her, Carrie tearfully repented of her past life and invited Jesus into her heart and life.

Since her decision to follow Jesus, Carrie has faced many challenges but has remained faithful. While traveling to place flowers on her adoptive mother’s grave, she was devastated when a three-year-old girl dashed out in front of her and was killed. Carrie also began losing sight in her left eye due to a brain tumor, which was removed. Following that operation, she not only became blind in her left eye, but also began experiencing seizures for the first time in her life. These seizures caused a fall resulting in brain bleeding and damage to the part of the brain that allows sight. She is now completely blind. Being unable to read her Bible or see the creation of God is very difficult for her. But through it all Carrie has maintained faith in Jesus and has witnessed to many of the hospital staff.

More recently, Carrie’s father Robert, who was communicating with our team member, also wanted to become a follower of Jesus. During a lengthy phone conversation, our team member knelt in Ohio as Robert knelt in Indiana. There Carrie’s father who was a former atheist, repented, confessed his sins, and invited his daughter’s Jesus to become his own.

During one of Carrie’s operations, her doctor, an atheist, was forced to stop in the middle of the surgery when her heart and breathing stopped. He worked frantically to save her life. Later he listened intently to her testimony, including her vision of Jesus while she underwent surgery. He confessed, “Carrie, three days ago, I was an atheist. Today I am not—I believe.”

Thank you for praying for Carrie. Her story and her father’s story, like many others, are not over. God is still redeeming the world to Himself.

*Names in this publication have been changed to protect identities.