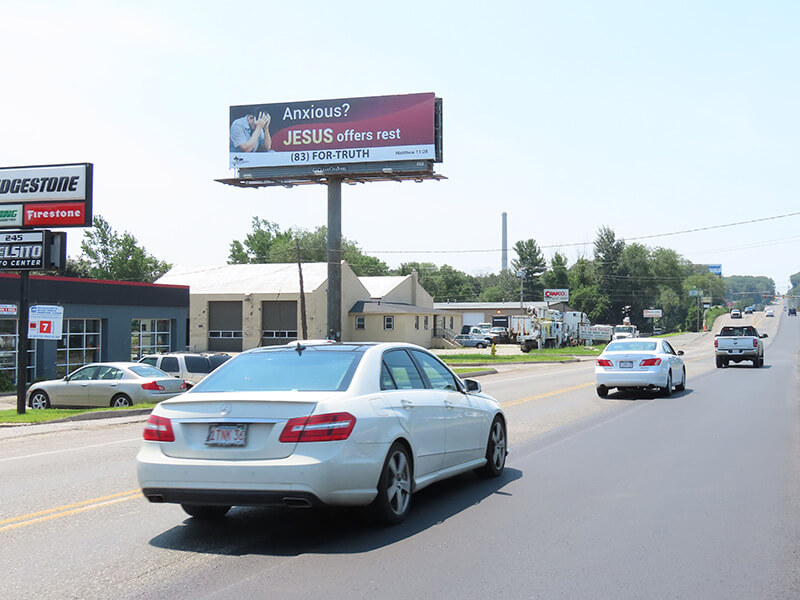 Matthew* called from California and said, “I don’t know how to be alive.” He is almost thirty-five years old, sits in a wheelchair, and smokes cigarettes all day. Six years ago, Matthew attempted suicide by jumping off a bridge. He spent a year in the hospital and eventually had one leg amputated. He realizes he is not living in victory over sin. He has much anger toward himself, his mother, and the world in general.

Our team member urged Matthew to humble himself and be honest with God. “Confess your sins to God,” he said. “Accept the pain caused by your choices, your mother, and the world. God will give you grace if you humble yourself and seek His face. He who humbles himself will be exalted.”

Angela is in her fifties and had been a professing Christian all her life. She was a missionary to Africa and knew the disciplines of praying and fasting. She saw miracles. But now she has fallen into discouragement and bitterness because of the many problems that have returned to haunt her. She was abused by her sister when she was four years old. Then she was abused again, this time by her boyfriend. They were counseled to get married, but it didn’t go well. They had twin boys, and then she divorced her husband. Now her boys are grown, but they won’t have much to do with her. Angela has a medical condition that won’t allow her to eat anything but greens and meat. She has a plugged drain in the bathroom that she can’t fix. She hired a contractor to paint her house, and he left it half done. Her pastor made a comment about her work in Africa that felt like it was minimizing her importance in the work there.
Our team member told Angela that he can’t give her a solution to her problems. “Even if I could fix one of them, the other problems would all still be there,” he said. “But I can tell you where freedom can be found. That is in a truly grateful spirit. ‘In everything give thanks: for this is the will of God in Christ Jesus concerning you’ (1 Thessalonians 5:18).”

Daryl has had his share of problems. He used to be on drugs and, not long ago, he was homeless. Recently he was in an accident with a garbage truck and was laid up for at least three weeks.
But Daryl wasn’t calling to talk about his problems. Instead, he was bubbling over with all the good things God had done for him. He was so thankful for a one-hour phone call he’d had around two years ago with our phone team member Howard. Before that phone call, he had been on drugs, and was homeless, but on that call he chose to give his life to Jesus. Now he has a home and isn’t on drugs any more. He found a job with the city of San Antonio, Texas—a job where he can show the love of Jesus by helping people with their housing needs. “It is a privilege to be able to serve God in this way!” he said. He is overflowing with the blessings God has given him over the last two years. He talks regularly to one of our other phone team members whose wife has cancer. Daryl gives her name as a prayer request every time his church has a prayer meeting. He just wanted to let us know what a blessing the billboard ministry is, and that people really are coming to the Lord as a result of it. And Daryl is an example of that.

To help support the Billboard Evangelism Program, please click below to give a one-time gift.