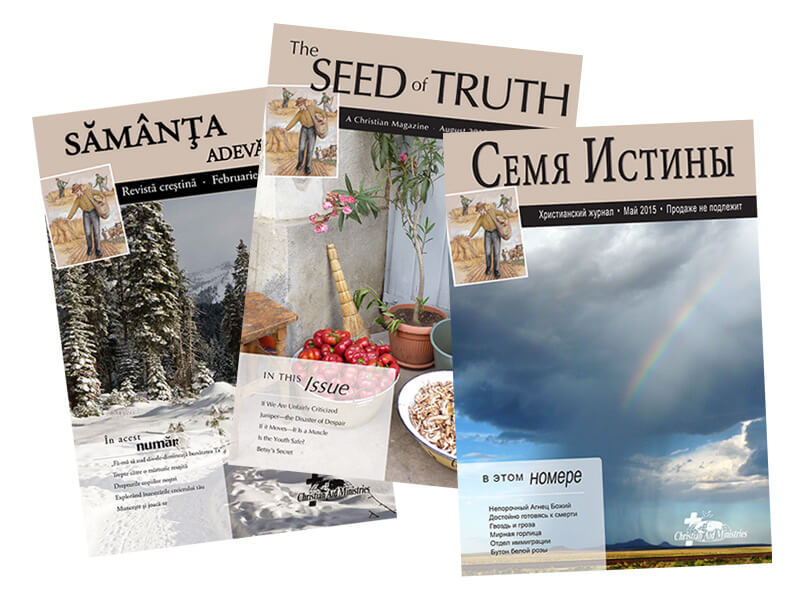 During a Romanian holiday celebration, students at the Mocanu family’s school were asked to recite poems as part of an assignment. The Mocanu children explained to their teachers that their father allows them to learn and recite only Christian poems. Instead of memorizing silly poems related to the holiday, the children memorized poems from The Seed of Truth magazine.

When the teachers heard the poems, they were impressed by their messages and gave the children good grades. Both teachers and students asked where the poems had come from. The Mocanu children began to take The Seed of Truth magazine to school for their teachers and fellow students to read.

The sound Biblical articles, stories, and poems in The Seed of Truth magazine continue to fill a need for believers who are hungry for Biblical truth. The magazine is printed in seven languages. Although over 500,000 copies are printed monthly, we continue to get requests from various countries for this magazine. Due to limited funding, we are only able to meet some of the requests.