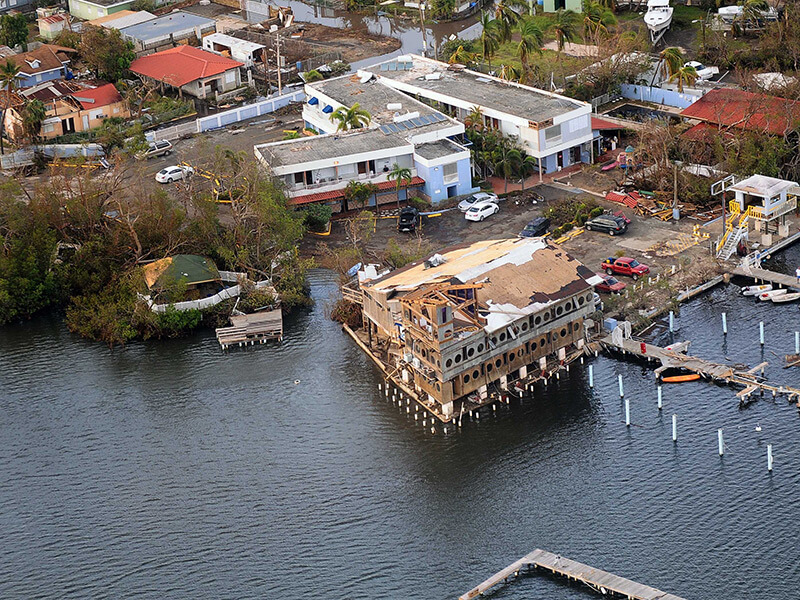 CAM Rapid Response team members are in Puerto Rico investigating damages to see how we can best help.

Before leaving, the team had spoken with a mission pilot who was the first to land in the capital city San Juan after Hurricane Maria. “The needs are unbelievable,” the contact said. “The news isn’t getting the worst of it.”

He described the island as “nothing but chaos” and the place as being unrecognizable. Trees are stripped and down, power lines lie everywhere, and many roads are blocked by debris or washed away completely. Even concrete power poles snapped during the storm.

Our goal is to target areas near conservative Mennonite mission churches to work with them in initial aid distribution and cleanup. On the west side of the island, large areas were flooded and many roofs blown off. Several mudslides have left people trapped and in desperate need of help.

The team took several chain saws and water filtration systems. We expect there will be lots of work installing tarps, clearing debris, and cleaning up homes.

“It’s going to take a while,” said team member Leroy Heatwole. “Our contact said he’s never seen anything like it.”

If you wish to help make disaster-related projects possible, you may donate below. Your support is greatly appreciated and helps us respond as soon as possible to disasters such as this one as well as others in the continental U.S.