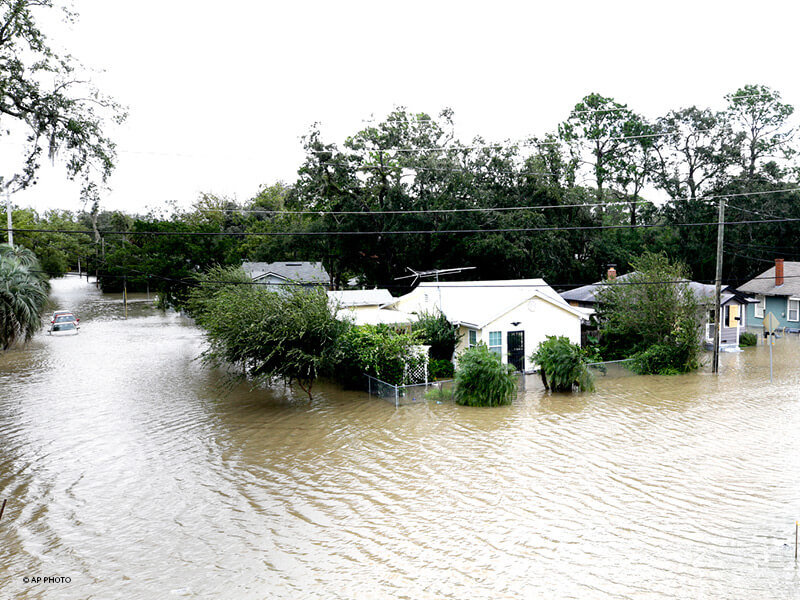 As Hurricane Irma, one of the most powerful Atlantic hurricanes in recorded history, barreled toward Florida, people around the world earnestly prayed. Our Rapid Response staff, already overwhelmed with the Hurricane Harvey project in Texas, braced themselves for the worst and prepared for another large disaster. The state ordered more than 5 million people to leave their homes for safer areas.

The vicious hurricane had been projected to make its second landfall close to Sarasota, but Irma made an unusual, unexpected turn, downgrading quickly from a category 4 to a category 2. Praise God!

Although Irma didn’t affect Florida nearly to the extent that it was at one time expected to, here are a few things it did do:

In Jacksonville, Florida, where 10 inches of rain fell, a Rapid Response team member heard survivors say, “We have never seen anything like this. We don’t know what to do.” They were looking at their homes filled with several feet of water.

The Florida Rapid Response team has set up a base near Jacksonville, as well as in Orlando where several hundred houses are flooded. Our generator trailer with 21 generators is being used in Georgia where the power is still out.

We are also researching the flooding in Charleston, South Carolina, and plan to investigate needs in the Florida Keys where 90 percent of the homes are damaged or destroyed.

This year has been a busy one for our Rapid Response teams. Our Montana team is starting to help with cleanup in Rexford, Montana, where devastating wildfires have affected a number of Amish families. Pray for those whose homes have burned to the ground.

Each disaster brings with it amazing opportunities to minister to our “neighbors” right here in the United States. They also bring a lot of funding needs. If you wish to help us respond with cleanup, search and rescue, rebuilding, and spiritual help, your contributions will be a great blessing.

As people in the southeast deal with Irma, Hurricane Harvey survivors in Texas are trying to find their way through a mountain of cleanup. Our Rapid Response teams, with nearly 100 volunteers per day, are helping with the tedious task of mucking out houses.

CAM’s Rapid Response chaplains are also ministering to the spiritual and emotional needs of those who are feeling the reality of their losses. Pray for our teams as they make connections with those devastated by disaster.