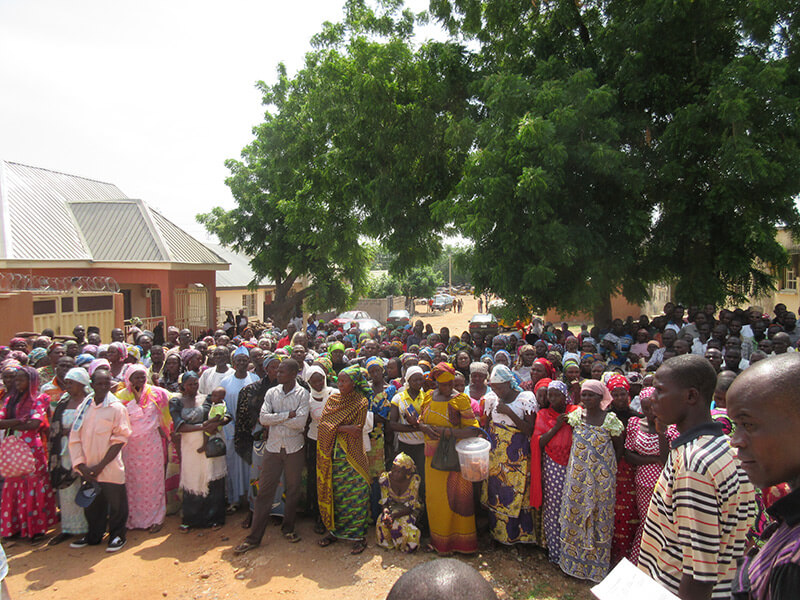 CAM staff members are on the ground in Nigeria overseeing distribution projects for people affected by the Muslim extremist group, Boko Haram. We are providing food, blankets, mattresses, and other emergency aid to victims of the conflict that seems far from over.

Boko Haram continues to spread its reign of terror. Their goal is to kill all who try to prevent them from creating a state in northeast Nigeria that would enforce strict Islamic law. The group’s fighters launch mass attacks on villages. They mercilessly loot, kill, abduct women and children, and recruit men and boys for their army. Thousands have been killed and hundreds of thousands displaced by the violence.

Both Christians and Muslims have been killed or driven from their homes. Those that escaped fled to safer areas of Nigeria and many still live in camps for displaced people. Some have been able to return home, but for others it is still too dangerous.

Many of the suffering Christians are members of the Church of the Brethren in Nigeria (EYN), which was started by foreign Church of the Brethren workers in 1923. “About 70 percent of EYN members have been completely uprooted from their traditional homeland and displaced,” reports leader Samuel Dali. “They lost everything they owned, both their houses and property. In the process of these attacks, EYN sadly lost over 8,000 members and 1,674 church buildings have been completely burned down.”

Please pray for CAM staff and contacts as they investigate needs and minister to displaced people in Nigeria. The needs are tremendous. A CAM staff member reports that at one distribution they had enough food for 350 families, but over 500 showed up. “When we ran out of food we gave blankets and mats to the rest,” said our staff member. “I think everyone went away with something. Nobody went away empty handed.”