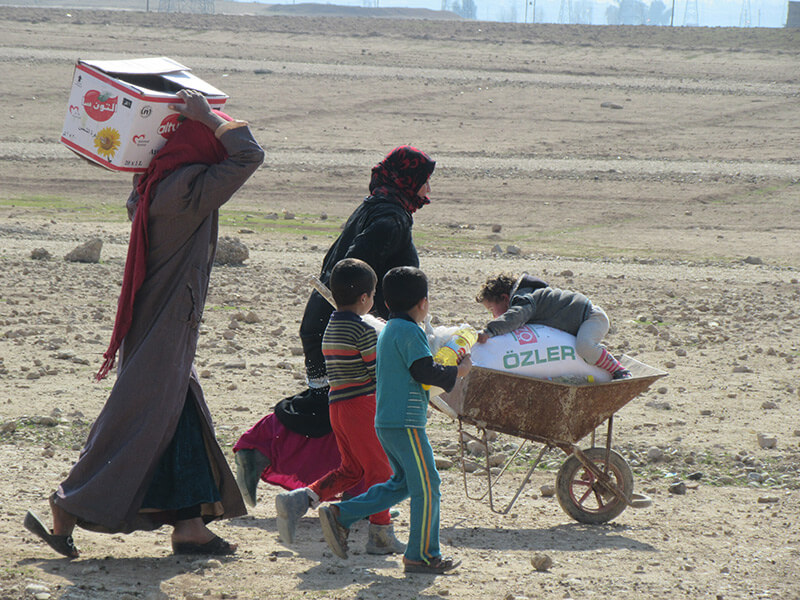 CAM is supplying food aid for families in Mosul affected by the conflict.

Today we were very close to where Jonah of old preached within the city limits of Nineveh. Those awaiting their parcels of rice, flour, sugar, and oil stood in a quiet and orderly fashion as more folks appeared from broken places of refuge. The faces were kind but accented with fear, struggle, and need.

With the help of a translator, I spoke to the group of about 150 people that had gathered. “People in America work hard just like you do, and because they love and follow Jesus and care about you, they have sacrificed, reached into their pockets, and given money which we have channeled to you.”

While much of East Mosul is clear of conflict, and commerce is gradually returning, we are aware of thirteen villages bordering the Tigris River that are yet under oppression. This situation will likely afford additional opportunities once the thunder of bombs and shelling becomes more distant to our ears than it is presently.

Presently I am sitting on the roof of a house on the outskirts of Mosul, with a pen and the cardboard of a cereal box as my word processer. Surrounding me is a small dwelling in the nearby village, where a mother hangs clothes on the line while children romp around in the confines of their small compound, and a shepherd, possibly Dad, is leading his sheep across the brown desert in search of grass. One sheep with an injured or missing leg limps along behind. 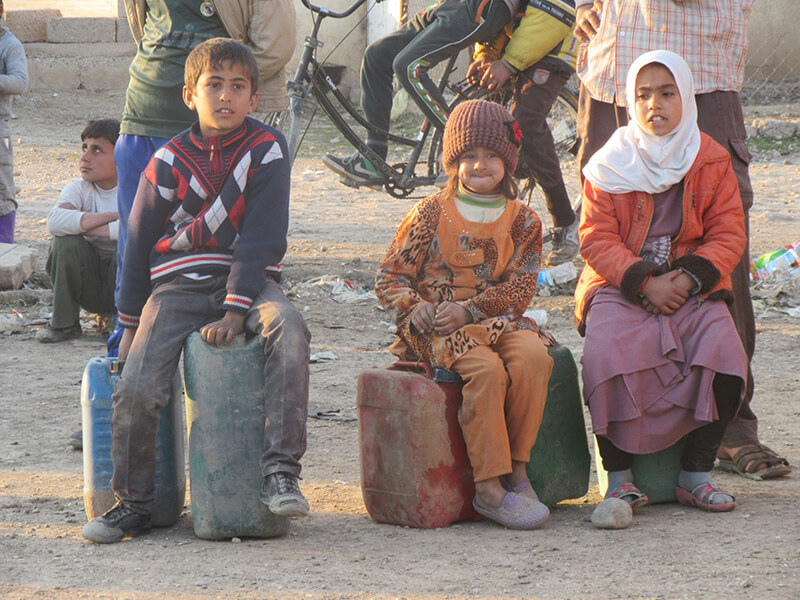 Waiting for kerosene at a CAM distribution.

During a kerosene distribution I befriended a young man who shared his story as follows: “I was captured by ISIS. At first they said they would kill me. I was blindfolded and jailed for seven days. My captors were desperate for money so I was given the options – money or death. They tied me to a chair, blindfolded me, and then laid a long sword on my lap instructing me to carefully feel along the edges. Then I was told the amount of my ransom, or the sword I was feeling would be used to cut off my head. With the help of others, the demands of funds were met and I was freed.”

As I conclude this writing, the nearby bombing has increased and air traffic is nearly constant, but these sounds cannot shatter the peace that rules in our hearts.