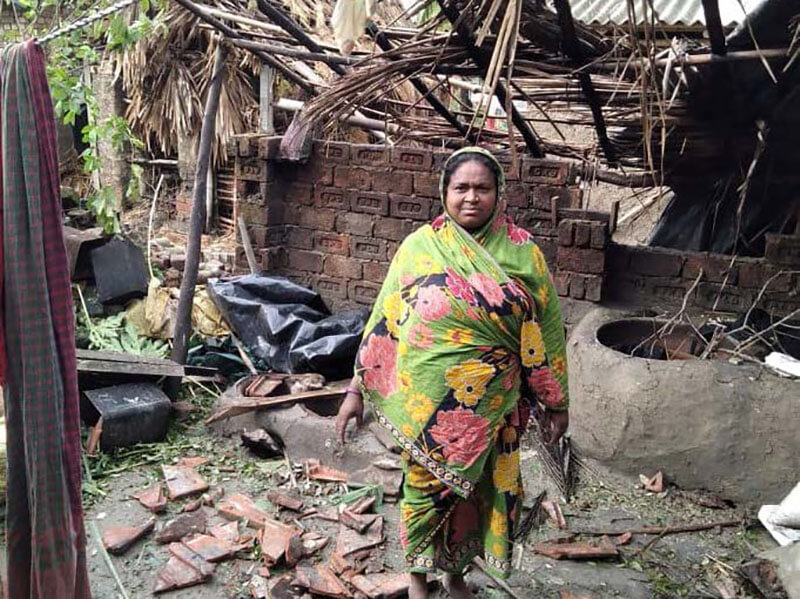 Cyclone Amphan tore through parts of India and Bangladesh as one of the most powerful and deadly storms to ever hit the area. High winds demolished homes, took off roofs, and destroyed crops. Heavy rain that caused flooding also damaged homes and crops. More than 15 million people were affected by the cyclone and 6 million of them needed to relocate to relief camps.

Much of the crop destruction happened from the accompanying storm surge that came inland. This wrecked several hundred miles of embankments that were supposed to protect homes and farms in low-lying coastal areas. Tens of thousands of acres of farmland and fruit plantations were devastated by the saltwater. This creates a huge hardship for those who depend on their crops for income or food.

“The suffering and the needs we witnessed are overwhelming.”

Many of the people affected by the storm are attempting to return to their homes, or what remains of them. In addition to the problem from the cyclone, those who remain in the camps are facing a serious wave of COVID-19.

CAM is working with contacts in this region to provide food, hygiene items, and roofing supplies for suffering families. If you wish to help people affected by this cyclone, your support will be a blessing.

To help support the India and Bangladesh Cyclone project, please click below.