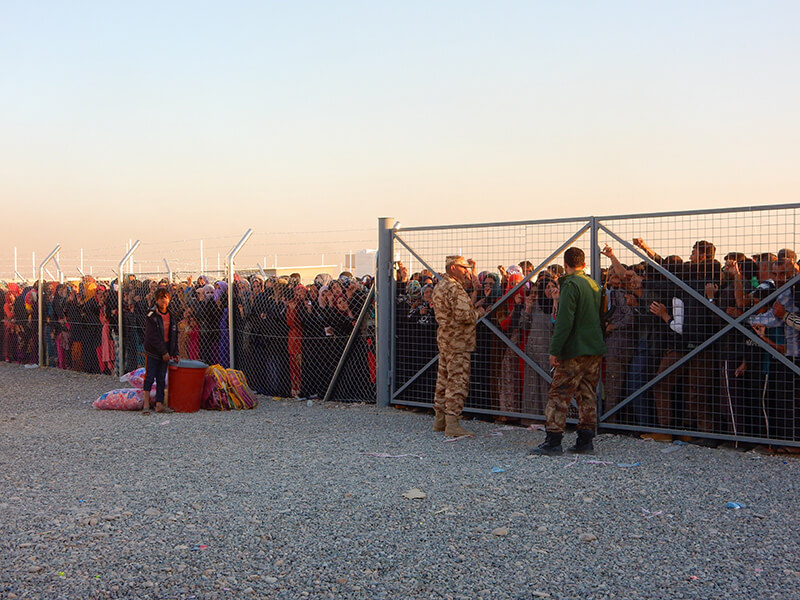 As the fighting continues in Mosul, the number of displaced persons grows.

Last night after distributing blankets in a camp for people who had fled Mosul, we were getting ready to leave when we saw a lot of new arrivals—women and children sitting out in a dark, fenced area beside the road with fires going to warm themselves. It was cool and drizzling a little. We decided to see if there was anything we could help them with.

We knew some of the soldiers guarding the fenced area, so when they saw who we were, they let us in. The new camp arrivals were a dejected group of people, too tired to do much of anything. One man asked us if they give food at the camp. He said that a kilo (approximately two pounds) of sugar costs about $20 dollars in Mosul.

Many of the people were limping. Babies were crying. Children walked barefoot, crying as they went. Some of the shoes were stitched together. The people had old and dirty clothes, long beards, and pant legs cut off above the ankles, a requirement under ISIS. Some were looking for family members.

We went into the camp again, and the camp was distributing basics to the new arrivals. Each family received a half pickup load of things, including one foam cot per person, cheap blankets, a canvas for shelter, some food items, cooking utensils, and a heater. It was dark and the people had no idea where to go or how to find their way to their section of the camp, which for many was half a mile away.

A few women were crying. One man was trying to find his way through the camp in the dark and fell into a five-foot deep sewage ditch. Some people had small trucks and were charging people money to take their belongings to their tents. Some people had no money and just sat there. Three young women had gotten separated from their mother, and so we took them and their things to their tent. We left hoping the mother could find the girls before morning.

One of our team members brought the CAM pickup into the camp and started hauling people and their things to their assigned tents. We started about 8:00 p.m. and continued until everyone was in their tents. I think we hauled at least 11 loads. Many of the loads were made up of large families, although sometimes we would haul as many as three smaller families on a load. Some of the people really wanted to talk. A refugee friend in the camp who spoke reasonable English stuck with us so he could interpret for us. 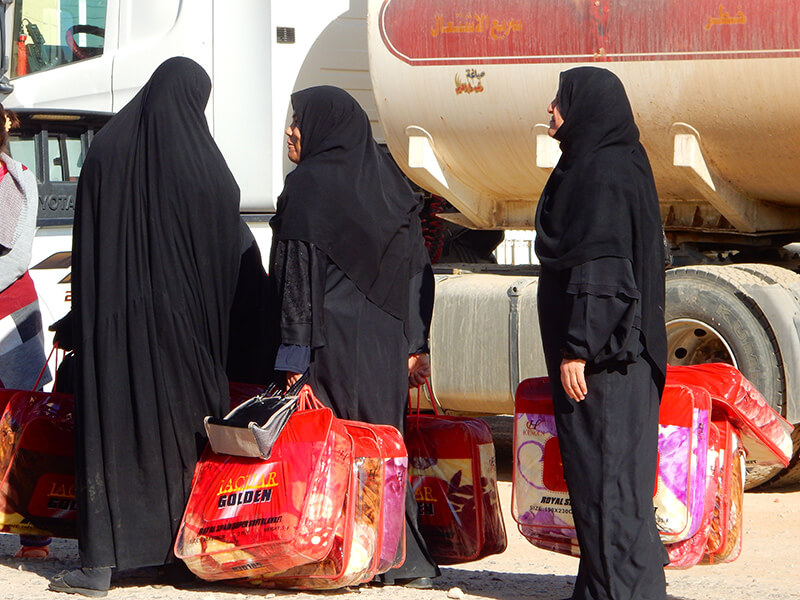 CAM is providing blankets and other aid for people affected by the conflict in Mosul.

The new arrivals told us how the fighting around Mosul had been fierce at some places. They had run away under sniper fire and had seen a lot of people being killed. One man said he was on a protected area of a bridge and would signal to people on the West side of the city to run whenever it was safe for them to run. The snipers kept trying to shoot him. He said he helped 100 families get across.

One boy in his upper teens or twenties was very bright, but seemed a little spooked. He kept asking why we have beards. He was suspicious we were ISIS. Usually just smiling at him would relax him. He said his father had been killed.

There have been times that I have really struggled with helping these people because of all the people I know that they have hurt . . . though they may not have personally been behind the gun they had the same mindset and carried the same values. But after last night that changed for me. Even though they looked like they could have been with ISIS and some of them probably had been, Jesus tells us to love our enemies and do good to them. Somehow as we do this it has a way of softening both our hearts and theirs.