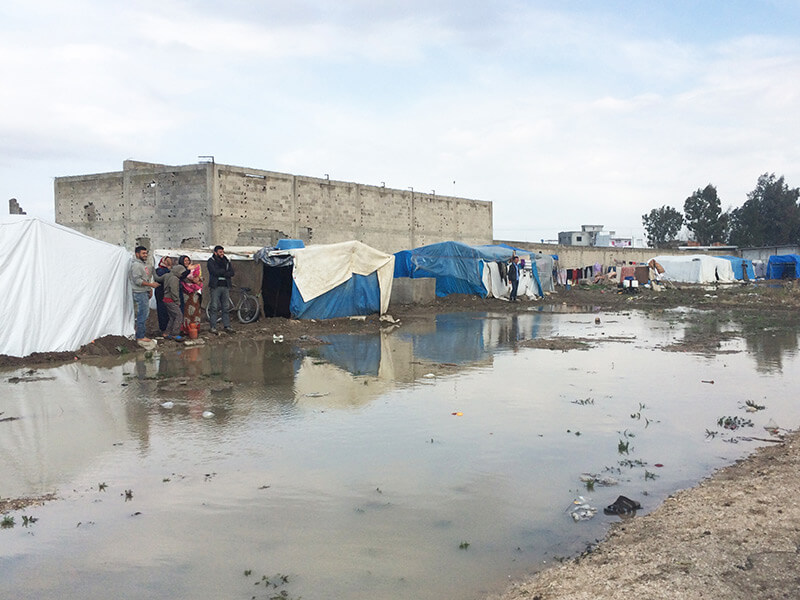 Refugees in the city of Adana set up tents in an attempt to find shelter from the elements.

Refugees in Turkey Fight to Survive

Turkey is a beautiful country where fertile fields lie between the snow-covered Taurus Mountains and the Mediterranean Sea. Seaside cities sprawl away from the rocky coastline of the Aegean and up to mountainsides covered with evergreen trees. It was at the tents scattered among the farms, and in apartments along tiny back alleys of a coastal city, where we met just a few of the 3 million refugees living in Turkey today.

Because of the sheer amount of people, jobs are hard to find, and many times we found the refugees living in situations that were hard for us to see. One thing that always strikes me when I visit these homes is how powerless the people are to improve their poor living conditions. It is a life that most of us in America cannot imagine. When we are cold, we buy a new heater or buy fuel for the one we have. Even before our shoes get holes in them we start to look for a new pair. And if we need a place to sleep, we go and buy a bed. For many refugees that we visited this past week, being able to do those things is a distant memory from the life they used to know.

During one visit we descended a steep staircase in a tightly packed neighborhood on a hillside overlooking the sea. A cold, miserable rain was falling as we approached the apartment, and acrid smoke telling of cheap coal drifted out of a stovepipe near the door. We knocked and the man of the house opened the door for us to step in out of the weather.

A quick scan around the barren room showed no more than the barest of necessities. We soon learned that this man makes a little bit of money selling packs of tissues and water bottles on the streets. The meager income pays the rent and keeps his wife and baby under a roof, but the family is unable to purchase mattresses, so they sleep on the floor.

Leaving this place behind, we got back in the car and wound our way further up through the streets toward a castle that crowns the hill, a remnant of the ancient city of Smyrna. Just before reaching the castle, we pulled up in front of another cluster of decrepit concrete shacks, marked with graffiti and missing windows. The view from here was amazing as the sun broke through the clouds over the harbor and gleamed off of the skyscrapers below us. Our contact explained that these houses had previously been abandoned and that the city was planning to demolish them and reclaim this prime real estate. In the meantime, refugee families, having nowhere else to turn, had moved in. 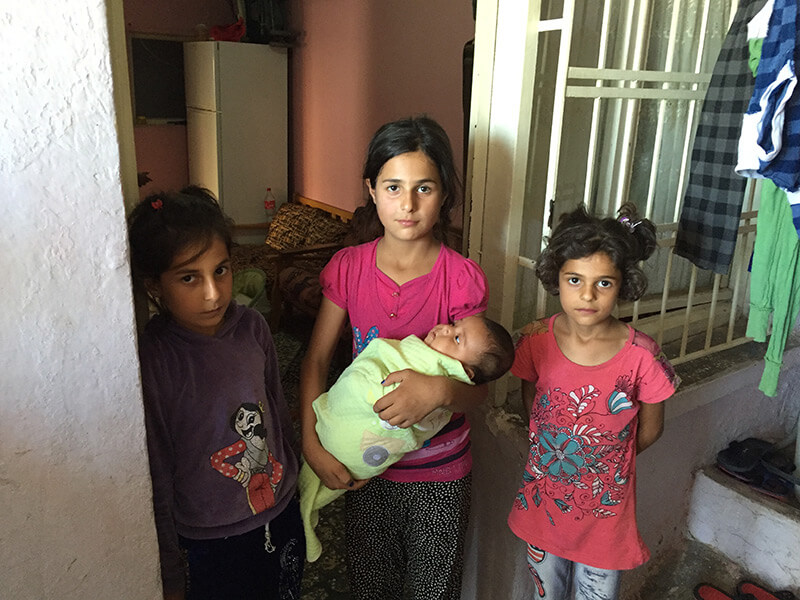 We entered the first house and were quickly surrounded by a crowd of children. The mother explained that she had lost her husband in Syria and now was living in this house with her five children. Water dripped through holes in the roof as she told how they eat only bread and how her children beg on the streets and wash windshields at intersections for a little money. My heart was torn as I looked at the children gathered around. They do not know what it means to be normal children. Instead they are “little adults,” fighting to survive and keep their family alive. 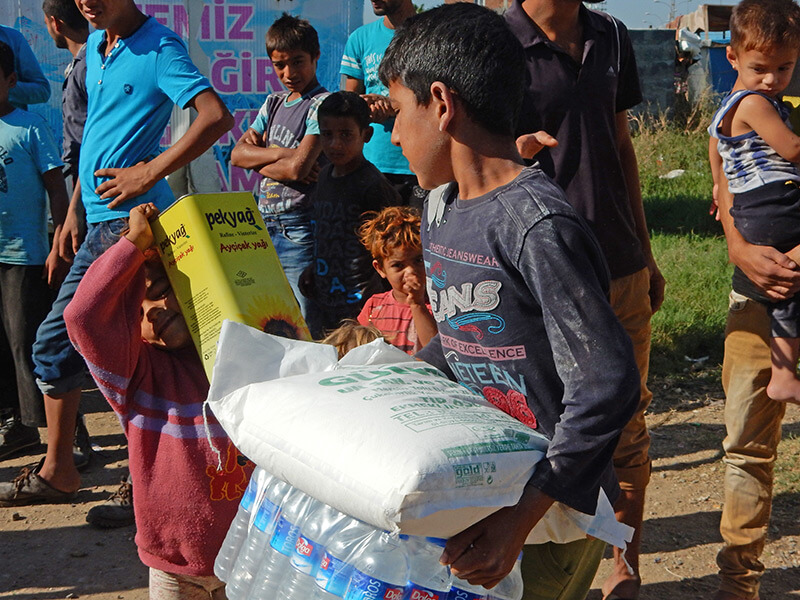 Clean water, flour, and cooking oil bring hope for those who have no means to buy these basic necessities.

Reflecting on my experiences in the Middle East, I am impacted to realize how incredibly blessed I am. I have a fresh realization that my life and abundance have been given to me, along with the opportunity to spend these gifts in love for the people God has placed before me. Please pray for the millions of displaced people in the Middle East who are sinking, without hope, under the weight of tragedy.

We welcome your prayers and support for those who are suffering because of this crisis. If you would like to help the refugees in Turkey, you may use the donation option below.