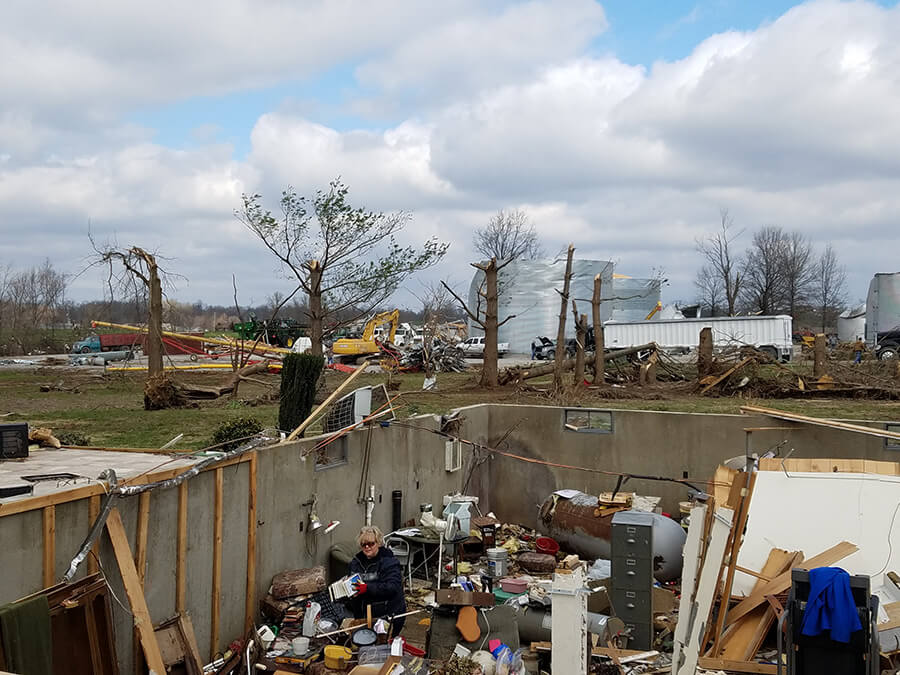 A woman in Perryville, Missouri, took refuge in this farmhouse basement during the tornado. The Missouri Rapid Response team is helping the family with cleanup.

Rapid Response team members say the damage is extensive in Perryville, Missouri. One 83-year-old woman took refuge behind a couch in her basement as the tornado tore out the basement walls. “I thought I was going to get sucked out too,” she told the team. But she came out without a scratch. However, the tornado completely took the house away.

“The main floor is gone and a lot of her stuff is gone,” reported Edwin Coblentz, a Rapid Response team member. CAM volunteers helped carry out the debris and pick up her yard. 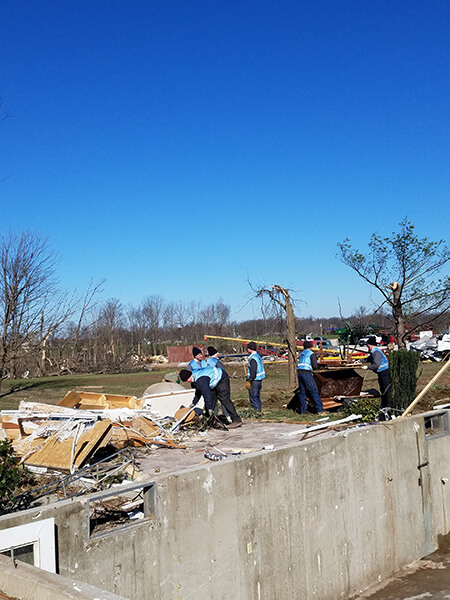 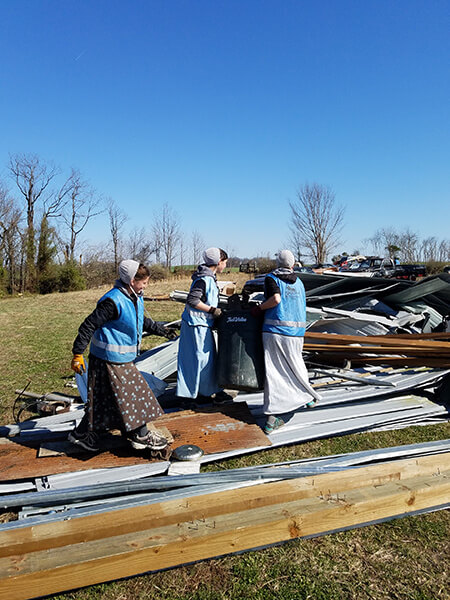 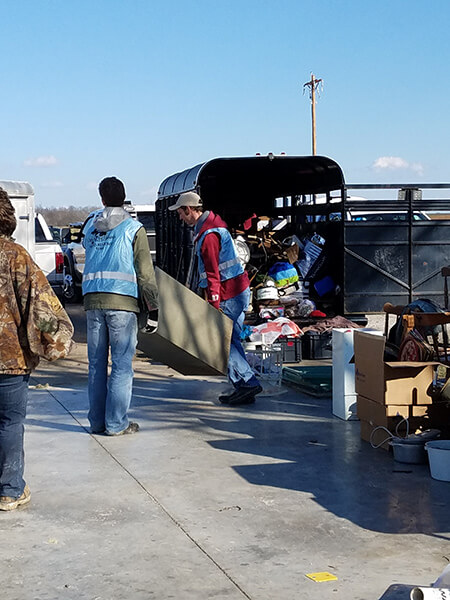 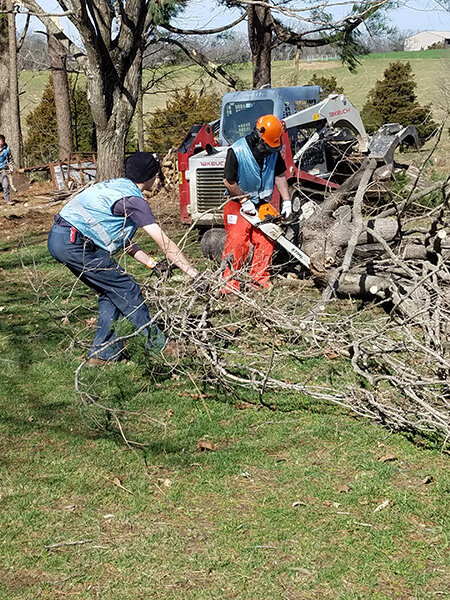 The tornado also damaged a machine shed, grain trucks, and grain bins on the family farm run by her two sons. “Since the tornado they’ve been hauling grain out,” said Edwin. “They are completely relying on neighbors and friends.”

In southern Indiana our teams also report lots of fallen trees, houses completely destroyed or with roofs stripped off. In Naplate, Illinois, some residents described the tornado’s aftermath as looking like a bomb went off.

Please keep our teams in your prayers as they minister to those affected by the storms. Pray also for those devastated by loss.

Rapid Response Services coordinates volunteers to help with cleanup and repairs in the aftermath of deadly storms and floods in the United States. If you would like to help with operational costs to make these projects possible, you can donate below. Thank you for your support!