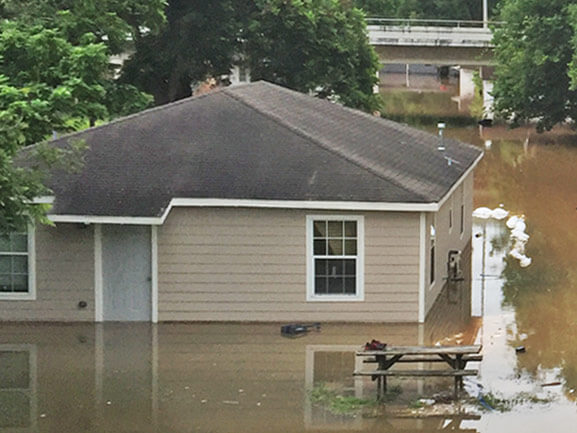 Anxious survivors in Fort Bend County, Texas, watched from safe ground as flood waters rushed through their neighborhood, filling their homes and vehicles with several feet of muddy, swirling water. Nearby, the Brazos River surged to its highest level in more than a century. Officials declared the flooding “unprecedented,” and at least 1,400 homes in the county were affected.

Fort Bend is just one of the counties in Texas affected by major flooding in the past week. A state of disaster has been declared for 31 counties. “In all of my life I have never seen a harder, more continuous rainfall,” one resident said. At least 12 people have died as a result of the flooding.

Our Texas Rapid Response team has been investigating ways to assist in the flooded areas. Rain was still falling as the team coordinator attempted to get into the town of Simonton. After being delayed by numerous closed roads, he was finally able to enter town and talk with the mayor who readily accepted our offer to bring the Loaves & Fishes Food Kitchen into town once evacuees return to their homes. We plan to set up the food kitchen next week to provide hot meals for flood victims.

Our Texas team will also stay in contact with authorities to determine when cleanup can begin and what locations are most in need of our assistance. Please keep our staff and volunteers in your prayers as they minister to those affected by the flooding.

Rapid Response Services coordinates volunteers to help with cleanup and repairs in the aftermath of storms and floods in the United States. If you would like to help make these projects possible, donate below. Thank you for your support!