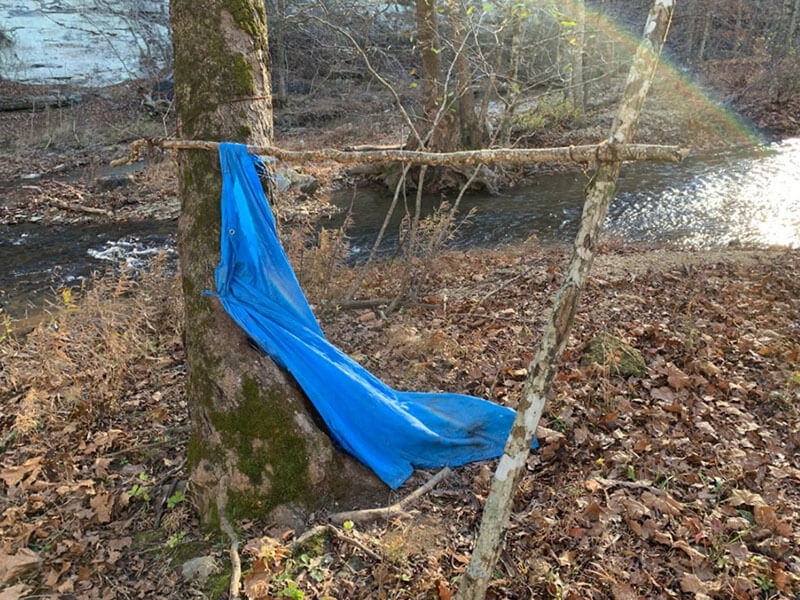 This is the makeshift shelter Josh built to protect himself during the three days he was lost in the forest.

In the forest for three days

The beauty surrounding nine-year-old Josh as he dangled his feet in the babbling brook was delightful. But he saw none of the beautiful forest that enveloped him. His only thoughts were on the fight he had just had with his dad.

In his rage, Josh fled. He ran pell-mell past the garage and out into the great forest of unknowns. It was so freeing to be able to do what he wanted and not have anybody over his shoulder telling him anything. This was going to be a great adventure, a survival challenge, man against nature.

As nightfall settled in, the feeling of freedom he enjoyed a few hours before began to dissipate. Hunger began to eat at his stomach. The majestic, nearly leafless oaks stood silhouetted against the darkening sky, making Josh feel small and insignificant. He was utterly alone. The reason he ran away didn’t seem so reasonable anymore. The adrenaline that had taken Josh far into the forest was wearing off. His pace slackened.

Josh’s survival instincts started to kick in. He needed to find a place of shelter for the night. After a bit he found a place where people had dumped trash. Using half of an old children’s pool and a piece of ragged tarp, he made a rough shelter beside a stream by a hillside cliff. Josh was at the mercy of nature around him. The hunger pangs grew by the moment. He didn’t want to die out here because of his actions of anger toward his dad.

Dawn, with its cheer and hope, reluctantly broke as Josh crouched in his rough shelter. He heard sounds of voices. They had come to look for him! He almost called out, but he was not willing to give up and come home just yet. He pressed up against the side of the cliff and held perfectly still as the searchers on the top of the hill looked down and discussed if it was advisable to descend. They had spotted the blue tarp shelter Josh had made. Eventually they moved on and he was once again alone in the great forest.

Another day passed. Hunger was Josh’s constant companion. He thought about eating the scrapings out of the old jars in the dump.

Josh thought back on his home life. How good he had always had it in comparison to what he had now! There was always food, clothing, and a warm place to sleep. He had parents and siblings who loved and cared for each other. The things he didn’t like about home looked so small now. Another night out in the unknown with wild creatures on the lurk was taking its toll on his nine-year-old body and mind. He wanted to go home now, but no one was around to save him. Which way was home? He no longer remembered which way led to civilization. Would the people come back and try to find him? He didn’t want to die out here, and if they did come out he would not hide from them! That night was dreadful with all the sounds of the forest around him and not having eaten for two days.

The searchers were out the next day and found a cold, wet, hungry boy. Praise the Lord for protecting Josh during the time in the wild and for leading the searchers to his makeshift camp before it was too late!

To help support the Search & Rescue program, please click below to give a one-time gift or start a monthly sponsorship. 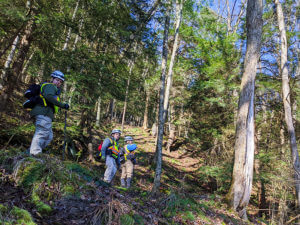 “No words to adequately express our gratitude”

For years, CAM has helped our neighbors here in the United States through cleanup and rebuilding in the wake of disasters. Search & Rescue was launched in 2016 as an arm of Rapid Response Services. Helping search for lost and missing people gives us the...
Read more.. 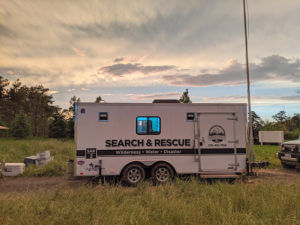 “It was just a miracle!”

It was a spring day in the mountains of Virginia, and Amelia was riding her bike. Suddenly she got disoriented, and abandoned her bike to try to find her way back home. Instead, she went further from her home. She was lost. Amelia is autistic, and mostly non-verbal....
Read more.. 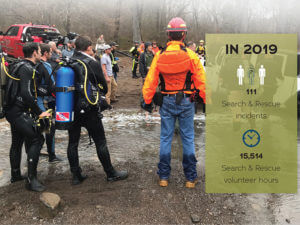 Another chance for Trenton

A damp February afternoon found the Virginia Search & Rescue team looking for forty-year-old Trenton from Tennessee. Trenton had been missing from his home on several other occasions, but usually he was with someone. This time he was alone and had been missing for...
Read more..