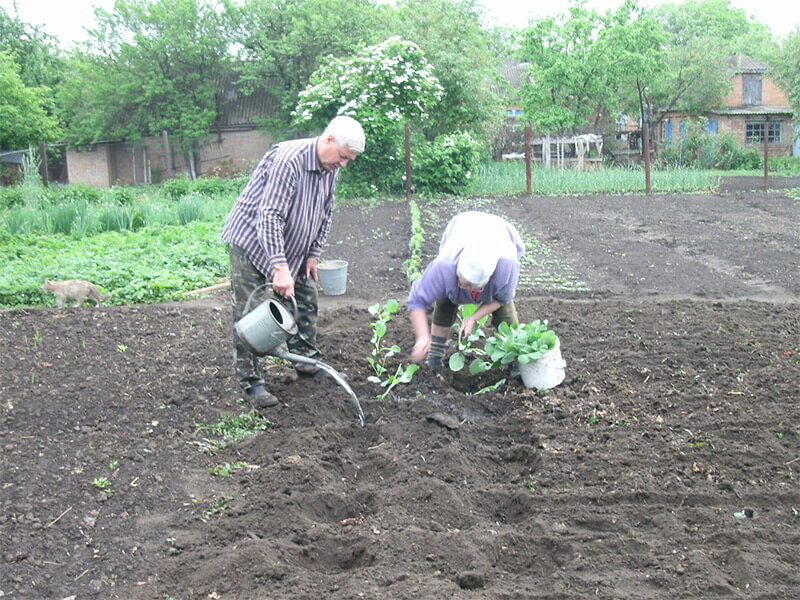 According to the United Nations, nearly one billion people are malnourished—almost a seventh of the world’s population. More people die of hunger than AIDS, tuberculosis, and malaria combined. Most of these people live in developing countries where wars, disasters, and corruption make life a struggle.
CAM’s Seed Project continues to make a big difference in the lives of families in Eastern Europe, Liberia, Haiti, Nicaragua, and Kenya. In these countries, many people depend almost entirely on their gardens for food.

Ukraine has long been known for its rich topsoil and was once considered the breadbasket of Europe. Though the soil is rich, the seeds available in Ukraine often germinate poorly. Many people cannot afford to buy good seeds.

Constantin Gudaev and his wife live in Malivka, Ukraine. Three of their children still live at home with them. Constantin has followed Christ for 20 years and is the pastor of the local church. With the quality seeds the family received through CAM’s Seed Project , they are able to supplement the groceries they have to buy. Their garden is large and their land is much more valuable to them since they received seeds and can produce food for themselves. Constantin was greatly blessed by the gift and wishes God’s blessing on the donors who sent it.

In Liberia, Kenya, Nicaragua, and Haiti, rice is a staple food. CAM distributes lots of seed rice in these countries. A good crop of rice, resulting from lots of hard work and good quality seeds, is an immense blessing for a struggling family. In some cases, agricultural tools are distributed with the seeds and can be used year after year.

With so many people in the world threatened by hunger, food aid is a vital part of helping humanity. The Seed Project , however, provides more than just food. As families work together to plant the seeds in their gardens and fields, children see that food comes from hard work, not just handouts. More importantly, spiritual seeds are planted at seed distributions through evangelistic messages and Christian literature.