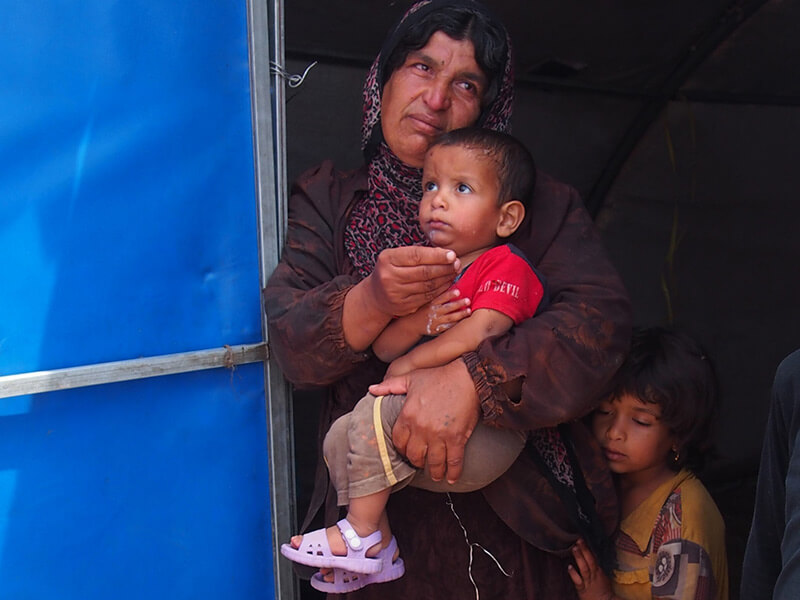 In IDP camps near Mosul, many are grieving the loss of family members and struggling with the shortage of food, clean water, and medical care. CAM is ministering to needs through medical care, food, hygiene kits, soap, and more.

The atrocities of war continue to ravage the city of Mosul. Several people from our team, including two nurses, spent a few days with an organization at the frontlines, distributing food and water to internally displaced persons. They also helped at a Casualty Collection Point (CCP) site where medical aid is provided to those who are injured. Many civilians are being shot down by ISIS as they attempt to flee the city.

A five-year-old girl was rescued from the war zone on Friday and brought to the CCP site. The rest of her family all appeared to have been killed as they were attempting to flee. The little girl had pulled her dead mother’s hijab over her, perhaps for protection from the hot sun. When brought to the CCP, our team nurses cared for her, giving her water, food, and a bath. She was ravenously thirsty and hungry and also very dirty. We hope and pray that a relative will be able to locate her and care for her. 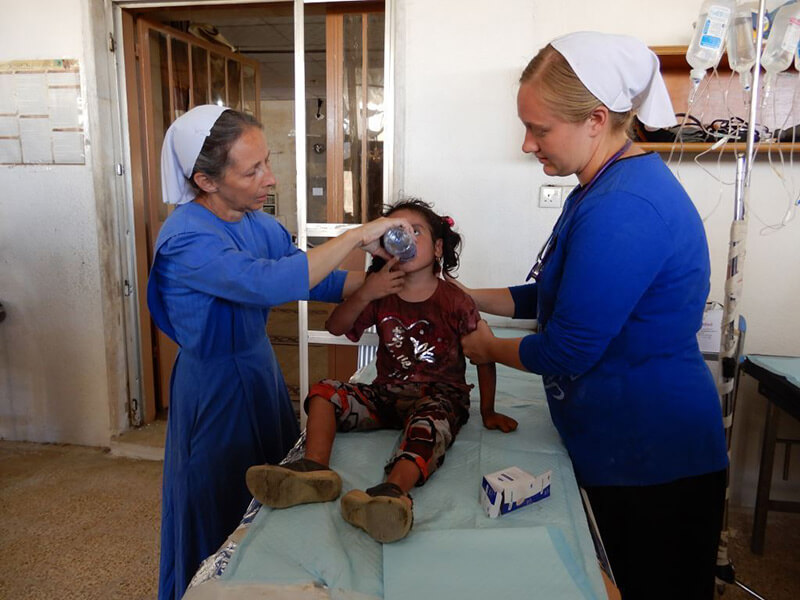 Our team encountered other sad scenarios of those who were fleeing. These people would often begin to weep when they saw the team members. They wept with grief from the loss of loved ones and from relief at seeing someone willing to help them. One man who had just escaped ISIS controlled territory was very distraught and traumatized. His two daughters had just been shot and killed as they were fleeing, and he had to leave them lying in the street.

Another older man cried on the shoulder of one of our team members and pointed to his two sweet little granddaughters standing beside him. He told how their father, his son, had been gunned down mercilessly. The grief these people face seems humanly insurmountable. Their lives have been so shattered by this war.

The next big push in the offensive for Mosul will likely cause many more people to flee the area in the coming days and weeks. Those still trapped in ISIS territory are reported to suffer severe shortages of food and water. These innocent civilians suffer if they stay, and they suffer if they leave.

Many of those who flee the city end up at IDP camps in Iraq. There they have a tent to live in, food to eat, and water to drink. But life is still difficult for them. They cannot easily leave the camp. There are shortages of water during this dry season. They do not have easy access to fresh fruits and vegetables.

Our ministry of reaching out to IDPs through tent visits continues as we share love in the form of medicines and tangible gifts. However small the gift, we pray that the recipients will remember one thing – that Jesus has visited them and cares about their plight.

If you wish to help suffering people in Iraq and other parts of the Middle East, please click below to give a one-time gift. CAM provides food and other essential aid to those displaced by the ongoing conflict in this part of the world.