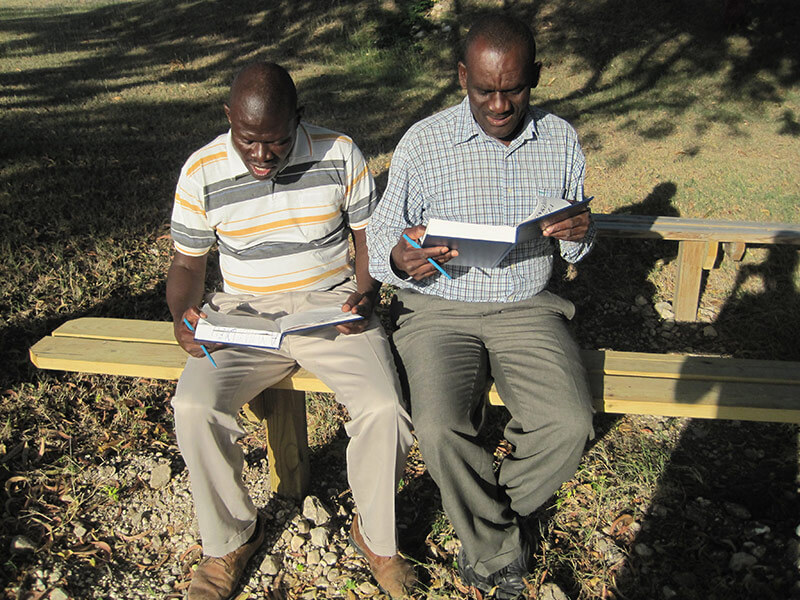 “Confess your faults one to another…”

The Haiti Biblical Discipleship Center in Titanyen, Haiti, hosts ten three-week seminars each year. These seminars are often life-changing for the Haitians who attend. Pastors from all over Haiti come to learn truth from God’s Word.

CAM’s goal for the Biblical Discipleship Center is to train pastors and potential pastors to become solid spiritual leaders. The seminars include teaching on topics such as family life, spiritual warfare, morality, and church leadership. Because of the great need and hunger for sound teaching, we have a waiting list of people who want to attend.

In some cases, pastors who come to the seminars have been unable to lead effectively because of unresolved sin issues. At the March seminar this year, many of the pastors found freedom through confessing their sins. Three times during the second week, pastors spontaneously began confessing sins. When one started, several others followed. Usually we leave a time slot during the third week for pastors to share and confess, but several of these pastors mentioned that they were so convicted they just couldn’t wait that long.

Samuel,* from Port-de-Paix, was one of these pastors. He became convicted about the sin of immorality in his past. The more truth he heard, the more he felt urged to confess. He struggled against the conviction but finally gave in to the Holy Spirit and, broken and weeping, confessed his sin of immorality for the very first time.

He also committed to making restitution with those he sinned against and to confess his sin to his wife and the church. Stanley Fox, teacher at the center, says, “We noticed a relief and radiance after Samuel obeyed the prompting of the Lord. Praise God for the cleansing He grants through repentance!”

“Confess your faults one to another, and pray one for another, that ye may be healed” (James 5:16a).
*name changed to protect privacy