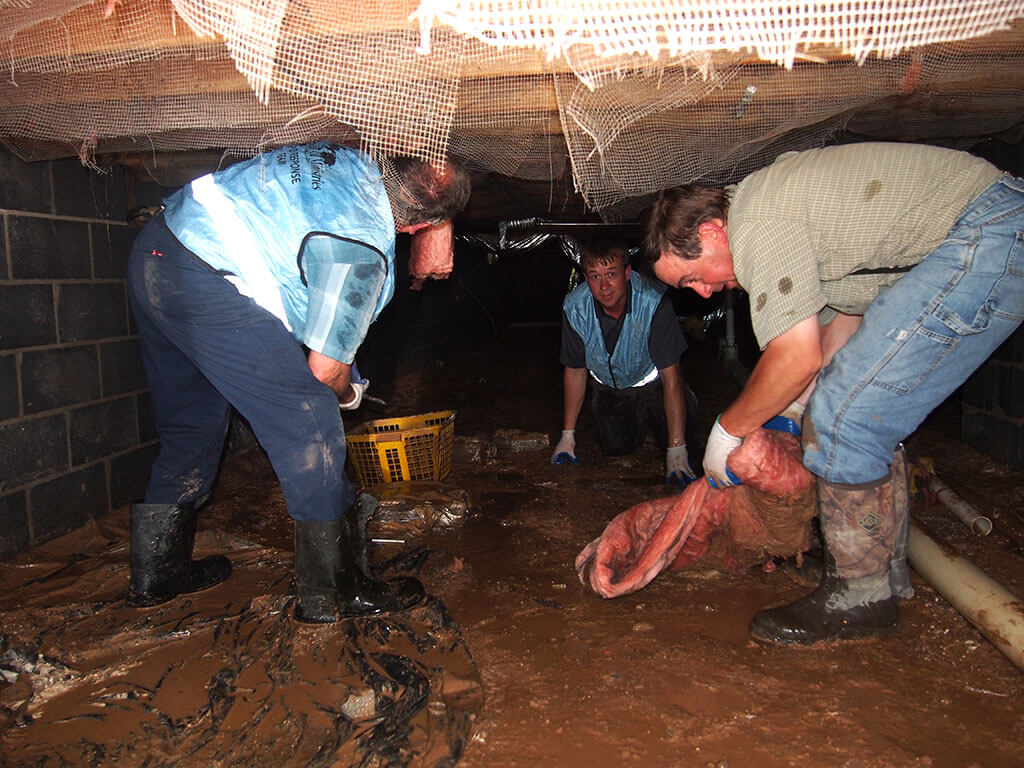 Homeowners and volunteers face a mountain of cleanup in West Virginia 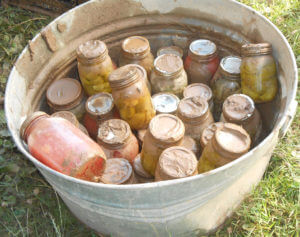 Homeowners in West Virginia are still reeling from the disastrous flooding that swept through a large area of the state last week. Rapid Response teams continue to tackle the mountain of cleanup.

Now that the waters have receded, slimy mud covers floors, furniture, and vehicles. Rapid Response volunteers are ripping out water-logged drywall and insulation and spraying the mold that is already starting to grow. In some places, houses were washed off their foundations and are resting downstream. Others that weren’t swept away were filled with water to the ceiling.

In Clendenin, where the Ohio team has been working since the beginning of the week, much of the town lies in ruin. “The town of Clendenin is gone,” lamented one local man. “There was no warning when the flood came. I saw a wall of water . . . coming down off the mountain. My neighbor, she had nothing. They took her out with only the clothes on her back. She even lost her glasses.”

Some homeowners are in a daze, wondering where to start. Others are courageously trying to piece their lives back together. Teresa stood outside her house where she picked through a pile of muddy belongings, looking for family heirlooms. “It’s just devastating. It’s too much,” she said. “But I won’t give up.”

She had waited 12 hours to be rescued while water rose several inches above the main floor of her home. From her front porch, she had watched water swirl around the roof of the house next door where a family member lived. “I was never so afraid in all my life,” she said.

Rapid Response teams are also working in the towns of White Sulphur Springs, Rupert, and Rainelle. Please pray for our team members and volunteers as they continue to investigate needs and minister to those who face devastating loss.

Rapid Response Services coordinates volunteers to help with cleanup and repairs in the aftermath of storms and floods in the United States. If you would like to help make these projects possible, you can donate below. Thank you for your support!


June 27, 2016
Several of CAM’s Rapid Response teams are responding to the widespread flooding in West Virginia that has left more than 20 people dead and prompted a federal disaster declaration. Up to ten inches of rain fell in the mountainous state on Thursday, sending torrents of water through homes and causing major devastation. At least 500 homes have been damaged or destroyed.

“This is some of the worst flooding I have seen,” said Andre Weaver, Rapid Response assistant director. People in the southern part of the start are bracing themselves for even more flooding as more rain is in the forecast.

The Ohio team is setting up in Clendenin, West Virginia, an area along the Elk River. Besides bringing in volunteers to help with cleanup, we also plan to bring the Loaves & Fishes Food Kitchen into the area to serve hot meals to flood survivors.

Please keep our teams in your prayers as they minister to those affected by the flooding.