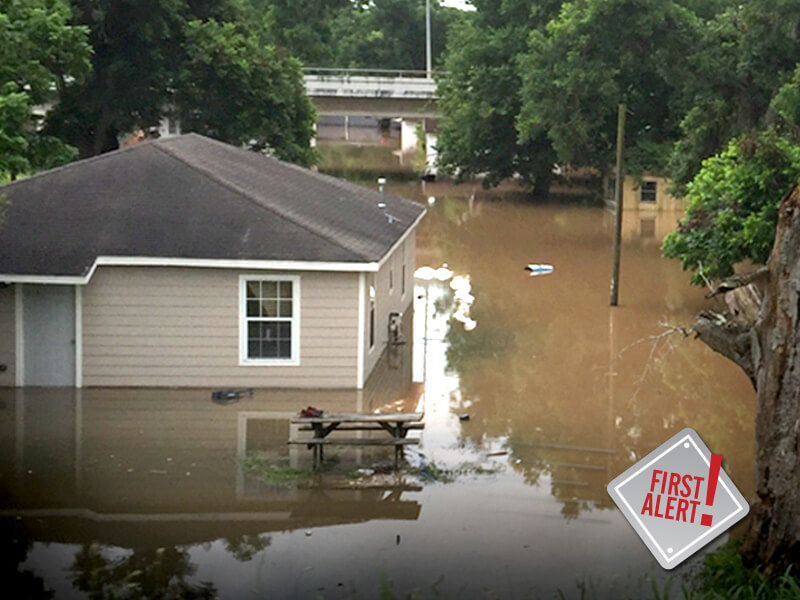 Anxious survivors watched from safe ground as flood waters rushed through their neighborhood, filling their homes and vehicles with several feet of muddy, swirling water. Nearby, the Brazos River surged to its highest level in more than a century. Officials declared the flooding “unprecedented,” and at least 1,400 homes in Fort Bend County were affected.

CAM’s Texas Rapid Response team has been investigating ways to assist in the flooded areas. In Simonton, a small town southwest of Houston, about 250 homes were flooded. “Many homes had three to four feet of water in them,” reports Chris Troyer,  team coordinator. “There’s a lot of mud.”

Residents had been evacuated when floodwaters approached but are now returning home to remove furniture and begin cleanup. “There’s a great need for volunteers to help with that process,” Chris says. Rapid Response is also bringing in the Loaves & Fishes Food Kitchen to provide residents with hot meals.

One homeowner related how he woke up one morning to find that the floodwaters had almost reached his house, something that had never happened before. Quickly he woke his wife and said,  “We’ve got to get out of here!” Their house ended up having about a foot of water inside. “It’s kind of crazy,” the man said, “but we’ll make it.”

Many more rural towns and communities are being affected by the flooding as the Brazos River crests farther south. Our Texas team will stay in contact with authorities to determine when cleanup can begin and what locations are most in need of our assistance. According to Chris, “It looks like there will be plenty of opportunity if someone wants to help.”

If you wish to help make cleanup projects possible, your gift will help with the cost of operations and equipment. Please keep our staff and volunteers in your prayers as they minister to those affected by the flooding.

“When thou passest through the waters, I will be with thee; and through the rivers, they shall not overflow thee . . .” Isaiah 43:2