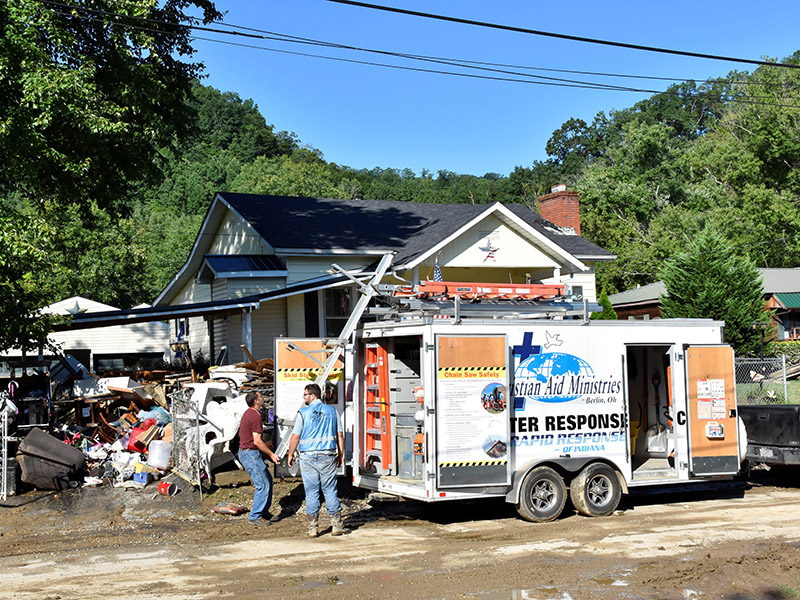 Volunteers prepare to clean up for a homeowner in Jackson, Kentucky.

ON THE NIGHT OF JULY 27, nearly 11 inches of rain fell on Jackson and Hindman in eastern Kentucky. One resident described the downpour that led to the worst flood in Kentucky since 1938: “Lightening flashed! Thunder pealed… it went on and on for hours. The rain poured in gusty sheets.”

Creeks turned into rivers, and rivers became lakes. Trailer houses, vehicles, and trees drifted aimlessly. Water swirled around the rooftops of various homes. People oblivious to the danger stepped out into the darkness to investigate. Some were swallowed by the wave of destruction.

Five feet water in family home Eric and Cassie* decided to leave home for higher ground when the floodwaters began to rise. They joined a group of 20 people sheltering with a neighbor who lived on a hill. After the storm passed, Eric and Cassie found most of their possessions floating in five feet of water. 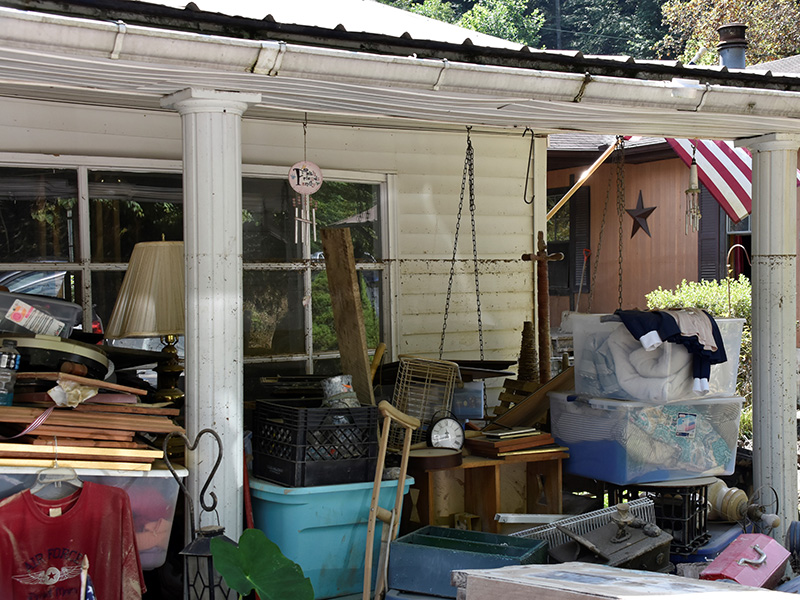 The water mark visible on Eric and Cassie’s porch 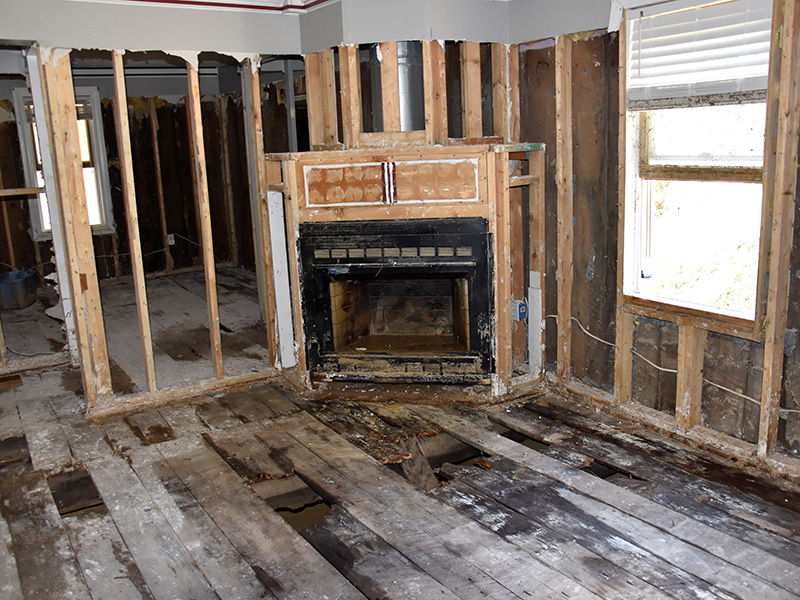 Despite their loss, the couple rejoiced as Rapid Response volunteers helped carry their waterlogged belongings to the roadside for garbage pickup. “Praise God, we are alive. God is so good to us! Thank you, Jesus, for giving us what we needed.” Several days later, another team of volunteers tore wet drywall from Eric and Cassie’s house.

The flood also brought heartache for Cassie’s sister Myrtle, who had no faith in God to bring her comfort. When volunteers gave Myrtle a helping hand, her heart softened and she became open to the things of the Lord. What a wonderful testimony of God’s ability to work through an ordinary task like cleanup!

What are survivors saying?

“Everything we own is gone, except the car. The Lord has been good to us.”

“Pray for us and come help if you can!” 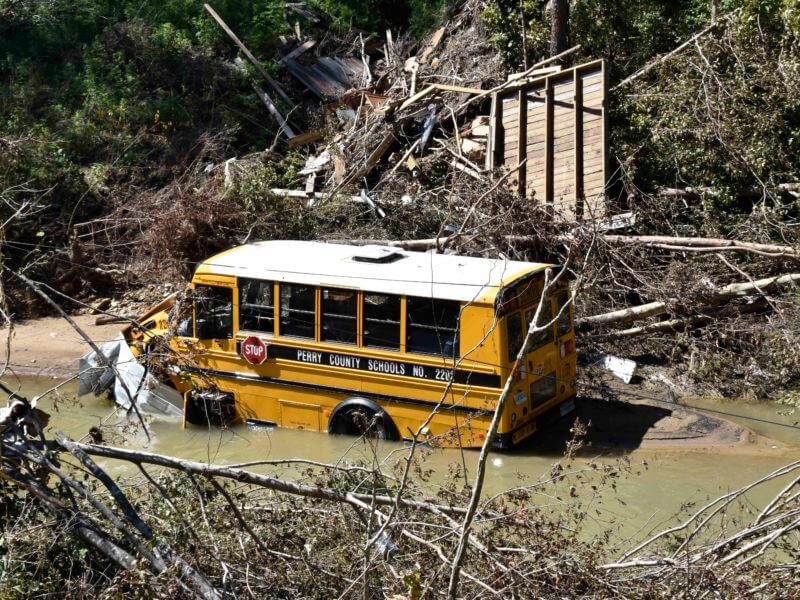 This bus made its final stop in the middle of the river. 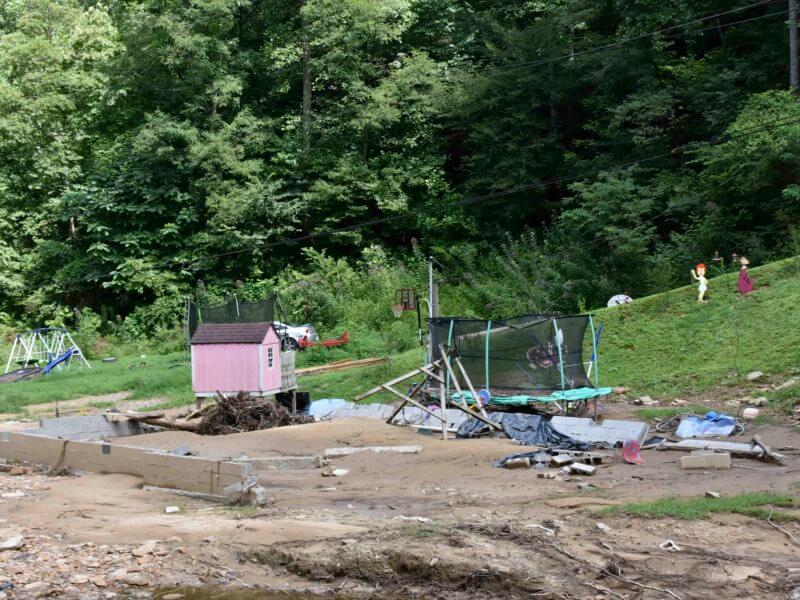 The house that stood on this foundation disappeared and a playhouse now stands in its stead. 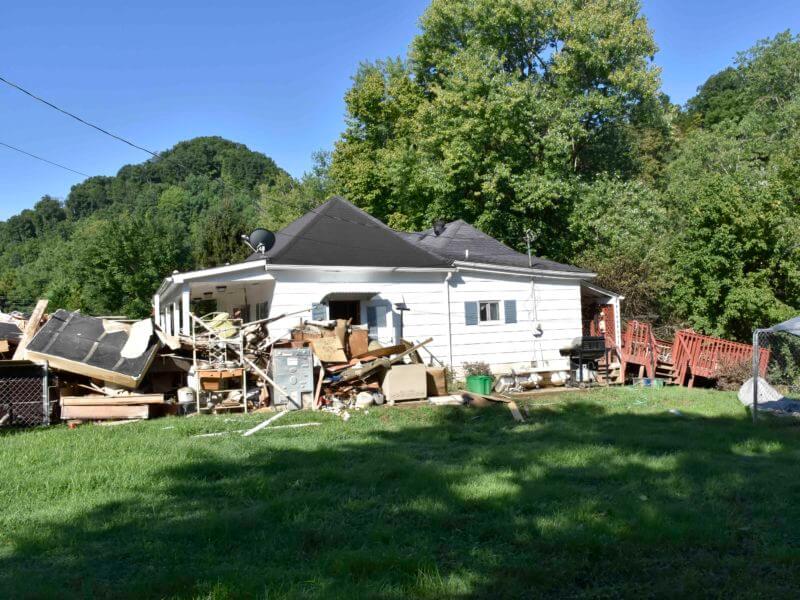 The river behind this house rose 41 feet. 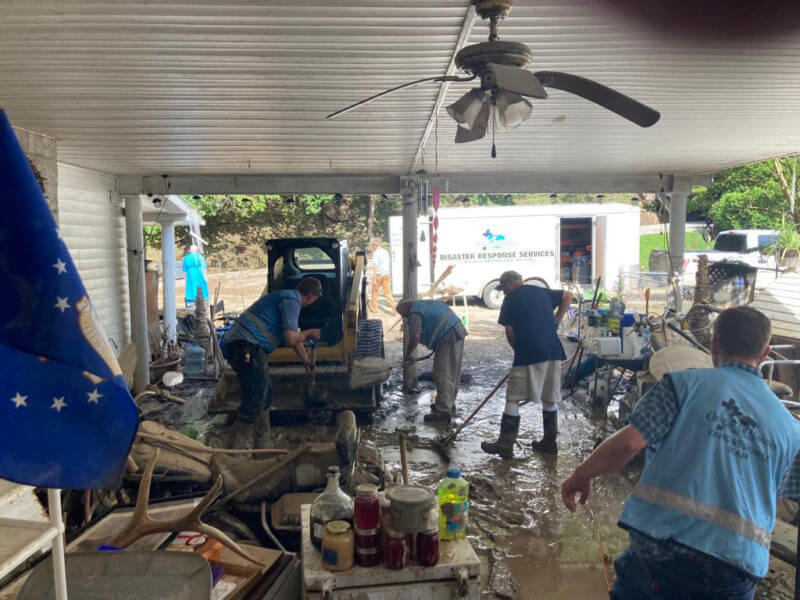 A Rapid Response team cleans up a flooded home. 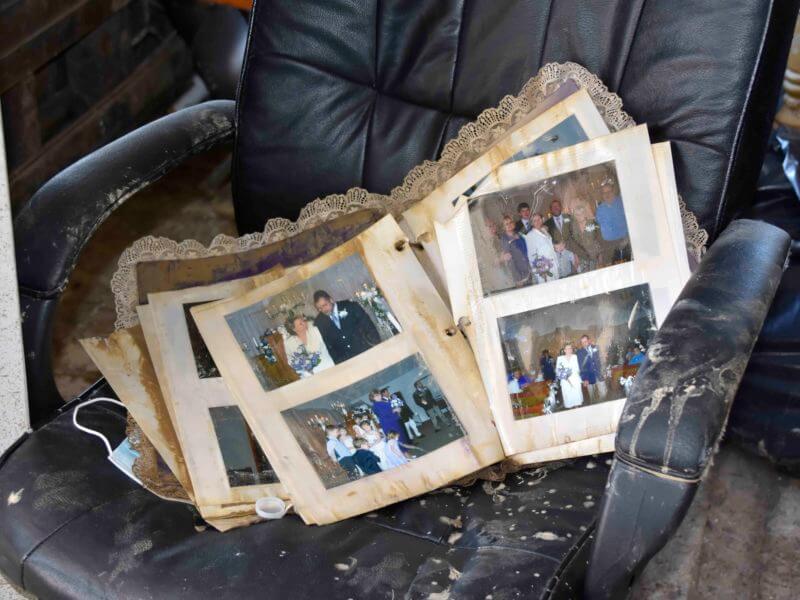 Many family memories lie in ruins. Treasured photos are destroyed and lost.

After witnessing the losses of the flood in Kentucky, we are moving forward to the next chapter. A DRS Rebuilding base will be set up in Hindman, Kentucky to rebuild and repair houses. 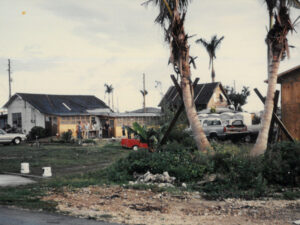 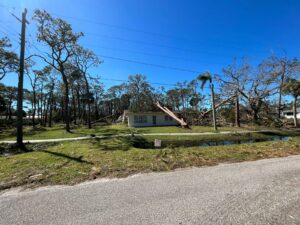 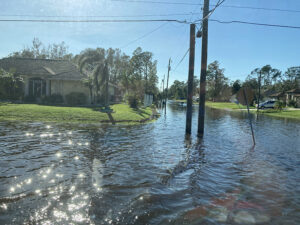