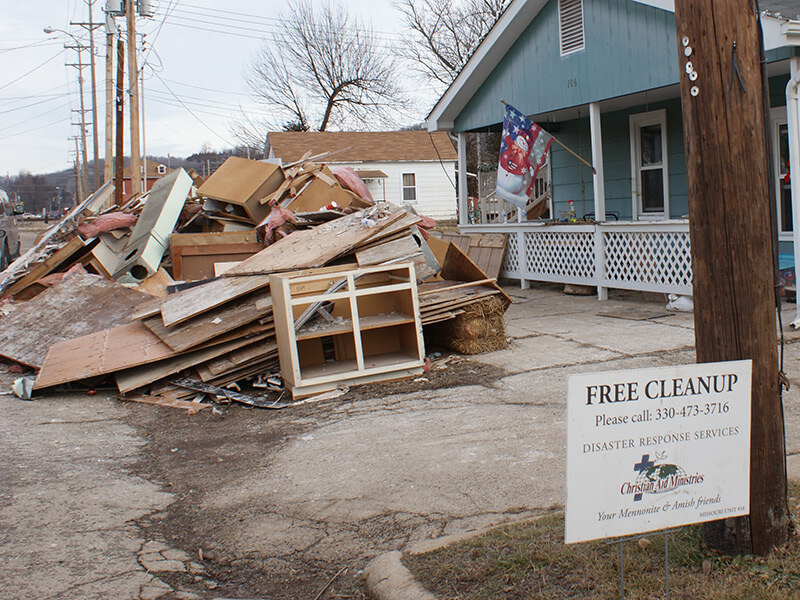 More than two feet of rain falls in Louisiana

After Rapid Response Teams worked for a week and a half in McGehee, Arkansas, where 14 inches of rain fell in one week, they are now researching flood damages in northern Louisiana.

Torrential rains during the first week of March unleashed major river flooding in the state, with the water rising to historic levels in some areas. The area south/southeast of Monroe received nearly 27 inches of rain, and areas around Shreveport received up to 18 inches.

We are setting up a base in Shreveport to help homeowners with cleanup, and are still researching in Monroe.

Please pray for our teams as they go into flood-damaged areas and minister to those who are facing devastation and loss. Pray also for the affected families.

Torrential rains struck southeast Arkansas in early March, resulting in major flooding. The town of McGehee received up to 14 inches of rain in one week. Parts of some roadways have washed out and others are flooded and will be closed until floodwaters subside.

According to McGehee mayor, Jeff Owyoung, between 80 and 100 homes have been affected by the flood. “I don’t think anyone was prepared,” he stated.

To help homeowners who face devastating losses, our South Arkansas Rapid Response team has started to help with cleanup. Our team coordinator says about 40-60 households in McGehee are still in need of assistance.

Please pray for the safety of our volunteers and for the comfort of families who have been affected by the flood.

Rapid Response Services enables volunteers to help with cleanup and repairs in the aftermath of storms and floods in the United States. If you would like to help make these projects possible, donate below. Thank you for your support!