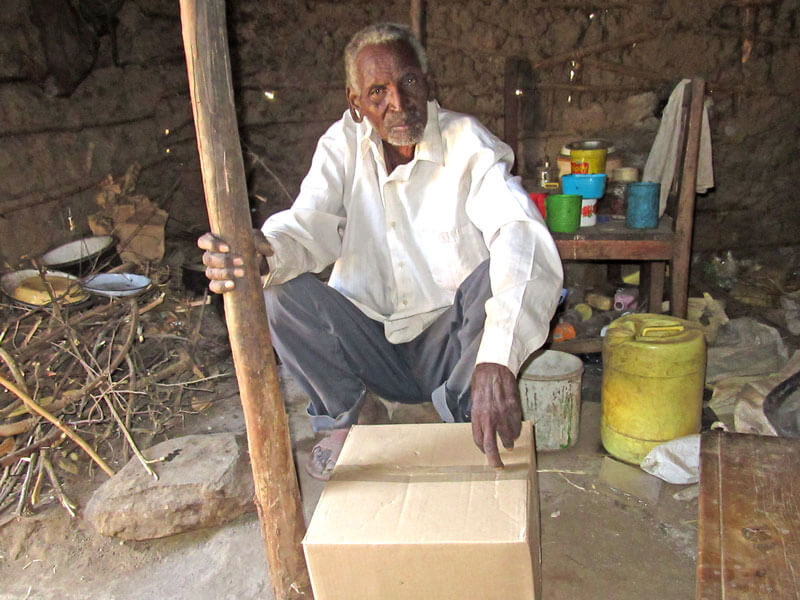 Forgotten? Not by God!

—From a report by Mrs. Jamila Kurtz, CAM staff member in Kenya

Maina* (pronounced “My-ee-na”) was born into the Kalenjin tribe in Kenya. As a young boy, his earlobes were stretched and he often drank the blood of a cow, which were common practices in his tribe.

In the prime of his life, Maina was a mighty warrior. Later he became a drunkard. He drank until he looked like an old man long before he was old. His wife drank, too, and one day she was found dead in the forest.

Later in life, Maina was living with a woman from another tribe. Hard times came. He and this woman had to flee when there was fighting among the different tribes. Living first in one place and then in another, they eventually found their way to Nakuru.

Maina says it was good for the hard times to come and drive him from his home. Because in Nakuru, he didn’t only find safety, he found the Lord! “Jesus can save any man,” Maina says. Now Maina is part of a conservative Mennonite church near Nakuru.

Life is still not easy. Maina has three daughters and one son, but he seldom hears from them. He lives alone.

Maina had two goats, but last month a baboon killed one of them. Other times the baboons come in through the holes in his house or push open the door and take his food. Maina says, “I cannot do anything but rely on God.”

When CAM staff brought a Help-for-the-Elderly food parcel to Maina’s house, he said, “May God strengthen those who have shared!” The rice, beans, ugali flour, oil, and other simple provisions in the box are things he could not afford to buy.

If you wish to show the elderly that they are not forgotten, please choose from the options below.