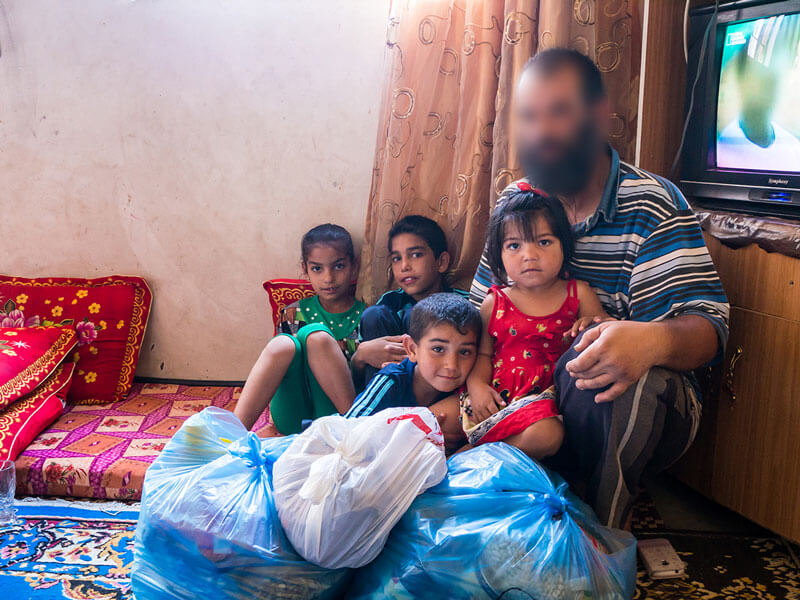 The tiny sliver of land between Israel and Egypt known as the Gaza Strip, is characterized by overpopulation, poverty, and chronic warfare. This small piece of land is home to nearly 2 million residents, equaling 141 square miles.

For nearly a decade, Gaza has been effectively sealed off from the rest of the world. Its residents frequently refer to their home as an “open air prison,” knowing that they have little hope of seeing the world beyond their borders.

The situation in Gaza has led to the highest unemployment rate in the world. Along with that, Gaza is known to have one of the world’s highest birth rates, resulting in many parents struggling to adequately feed their children.

Mabad is a father to seven children, of whom three are handicapped. He occasionally uses his donkey to haul items for others but has no dependable income to support his household.
The family warmly welcomed our staff when they delivered a food parcel. The parcel contained typical Gazan foods like freekeh (roasted green wheat), tahini (an oil-like paste made from sesame), and lentils.

CAM is presented with many opportunities to minister to the physical and spiritual needs in the Middle East. If you would like to help, please choose from the options below.