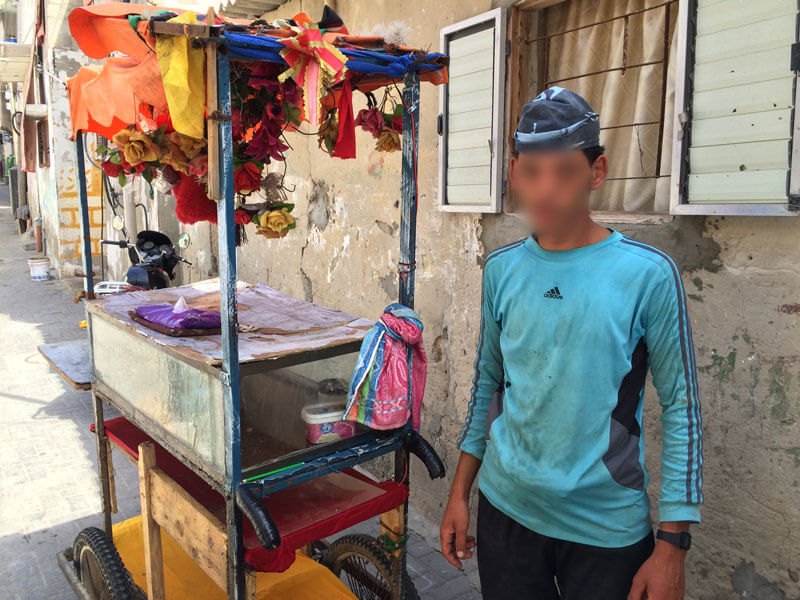 Anwar and his cart

Anwar’s* elderly parents depend on him to take care of them. But living in the Gaza Strip, an area with the highest unemployment rate in the world, makes things hard for Anwar. CAM provided Anwar with a cart and 100 pounds of turmus, a type of beans that are pickled and eaten as a snack food in the Middle East.

Anwar prepares the turmus and sells it, using the profits to buy the next batch. During the day, he parks his cart near a school or a hospital. At night, he moves it close to the sea where people often gather. Recently Anwar has also begun to sell sweets and sweet corn from his cart.

The simple dignity of having a job means a lot to Anwar and others who receive help from CAM. One cart owner said, “In the past I was sitting in the street and asking people for money, but now I have a job.”

If you would like to help provide for the physical and spiritual needs of people in the Middle East, please choose from the options below.