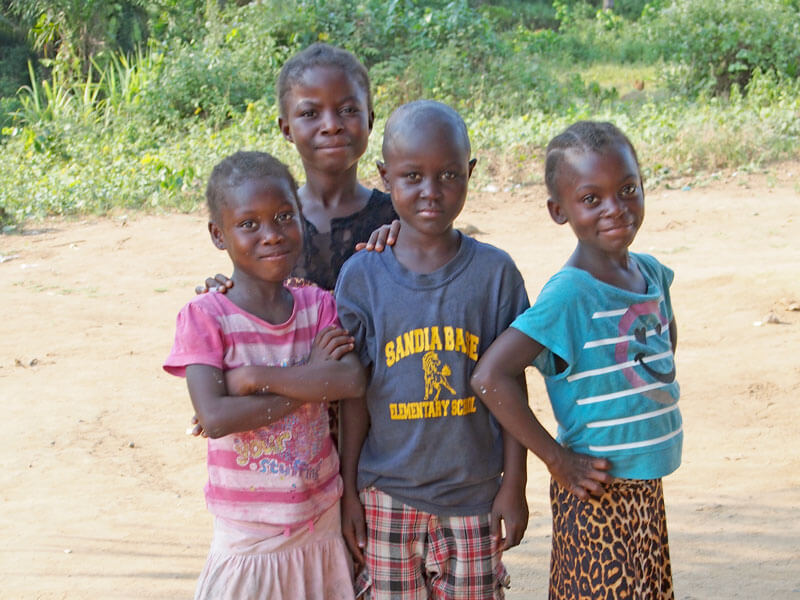 —From a report by Melissa Wingard, CAM staff member in Liberia

Some days the heartbreak of this world squeezes my heart. Aleppo. War. Millions of refugees trying to stay alive. Ebola orphans. Children dying from lack of food. Entire volumes could be written on the tragedies of today.

Last week I was busily entering new orphan profiles into the computer when my heart started squeezing. Some days it’s just another face, another number. But not that day. I was struck by the tragedy of these children’s stories contrasted against the hope they are being offered.

There’s Maemae, whose parents were taken away during the Ebola crisis. She has not seen them since. It is assumed they are dead.

Then there’s Blessing. Not much is known about her history. Several spaces on her profile are simply filled in with “unknown.” Ebola killed her parents and left her alone. A policeman found her and took her to Annie’s home where she is now living.

And then there’s the little boy whose father died from an unknown sickness. His mother had stomach problems, which later claimed her life. Before she died, she carried her son to his grandma to make sure he would be taken care of. The little boy’s name? Miracle.

There are many others—young orphans who have known more heartache than I will likely ever know. It’s true that they may become another negative statistic—another person on the streets or another single mother—but it’s also true that they may become a follower of Jesus Christ. Like the orphan who requested prayer that he will “love God and know Him for myself.” Somebody somewhere is praying for the child they sponsor, and perhaps that is why this boy wants to follow Jesus for real.

Liberia’s unsung heroes are the uncles, aunts, grandparents, and everyday people who take in these children even when they don’t know how they will feed another mouth. And God makes a way. Somebody somewhere is sending money, and these children have a chance they would not have otherwise.

Yes, they have known sorrow; but they are also given great hope.

This program provides orphans with food, clothing, medicines, Christian literature, and some schooling. If you would like to help bring hope to orphan children in Liberia and other countries, please choose from the options below.