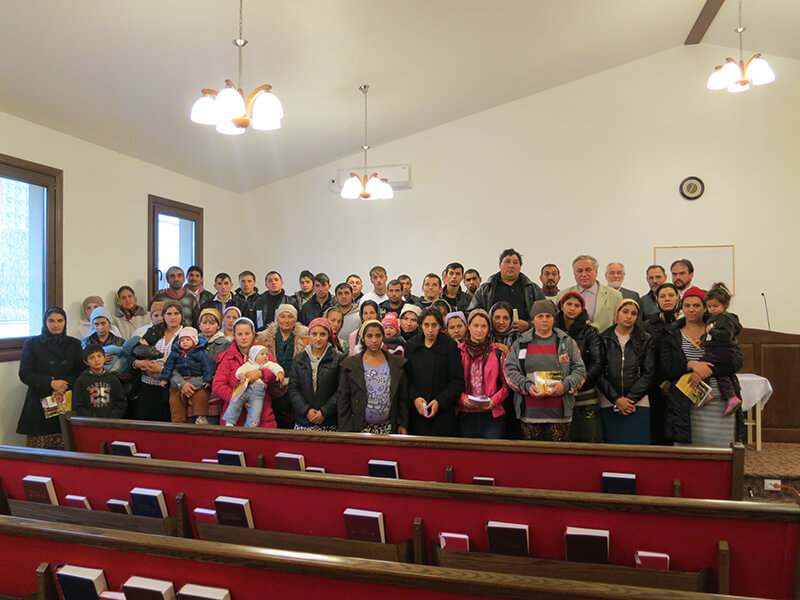 Living together before marriage isn’t uncommon in the Gypsy culture of Romania. “It’s culturally accepted,” says Marvin Miller, director of CAM’s Jericho Road Program. “Many shack up before they can afford to get married.”

Affording it means paying for blood tests and a marriage application. It also means paying fees at the mayor’s office that amount to at least $50. In a here-and-now, hand-to-mouth culture, most Gypsy people don’t have money to pay these expenses. They simply live together unmarried, moving in with family members. Although usually committed for life, many never bother getting married as the years go by.

When Marvin and his family started working among the Gypsy community in 1999, they became burdened about the large number of unmarried couples. Prayerfully, they began a project to help couples get legally married. This project is one part of the Jericho Road Program (JRP).

Although shacking up is culturally accepted, many of these unconverted couples know their lifestyle is wrong. Besides the God-given moral law written on their hearts, they hear enough teaching through the Orthodox Church to have a sense of right and wrong. Others have become Christians and are immediately convicted of their need to quit smoking, quit drinking, and become legally married.

Every spring and fall, JRP sets aside a day for couples to attend a two-hour marriage seminar and then go to the mayor’s office to get their marriage licenses. The program pays all expenses, including prior doctor visits for the blood tests and applications. It sometimes pays for bus or train transportation for those who come from a distance.

The importance of marriage is also taught at JRP’s remedial schools, which help Gypsy children and young people who struggle in their studies. During Bible classes, the Christian teachers show how the Bible teaches that unmarried men and women should not live together.

To date, JRP has helped about 200 couples get legally married. “Many of the couples we never see again,” says Marvin. “Others find the Lord, change their way of life, and seek a church.”

Besides helping couples get legally married, JRP sponsors five remedial schools, over­sees agricultural projects, and distributes Christian literature, food parcels, and seeds. If you would like to help make a difference in Gypsy communities, please choose from the options below.