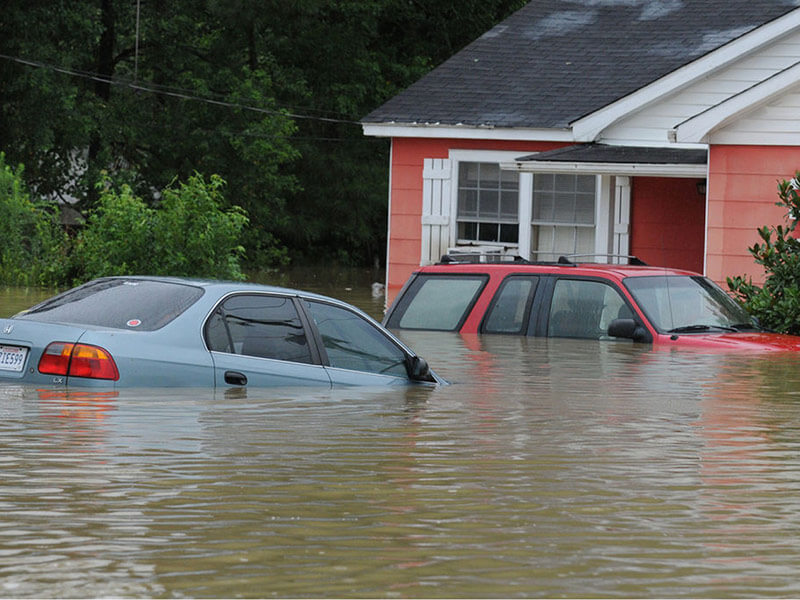 Mammoth Flooding in Louisiana and Mississippi

Mammoth Flooding in Louisiana and Mississippi

Homeowners are devastated, exhausted, and traumatized after severe flooding recently inundated parts of Louisiana and Mississippi. In some areas, the disaster is the worst since Hurricane Katrina. Unlike the recent flash floods in West Virginia that came and went quickly, this was a slow, lumbering flood. Some homes are still standing in water.

Some people who have been able to get back into their homes are slowly beginning cleanup, but others are too discouraged to know where to begin. Even emergency officials are overwhelmed by the task at hand. More than 40,000 homes were flooded.

For the able-bodied, the cleanup looks daunting. Homeowners struggle to find anything salvageable as they carry drenched furniture, mattresses, and other possessions to piles beside the street.

For many elderly and disabled people, cleanup is impossible. One man reported seeing a woman in a wheelchair sitting in her doorway. When he asked her how she was doing, her reply was simple: “I can’t do anything.”

For children, the loss of their homes, toys, and everything familiar is hard to understand. When Rapid Response staff members visited a home to prepare for cleanup, the 5-year-old grandson of the homeowner arrived with his parents. This was the first Cooper had seen his grandma’s flood-ravished house.

“I observed him as he looked around in awe and shock,” said Phil Schrock, project coordinator. “After a bit he came to his grandma, threw his arms around her, and began to cry.” He asked where the checkerboard was. His heart was broken because he thought he could no longer play checkers with his grandma. She gently took him on her lap and assured him they could buy another one. After some encouraging words, a smile lit up the little boy’s tear-stained face.

CAM has dispatched Rapid Response teams from numerous states to begin what our staff on the ground are saying will be a “mammoth” cleanup project. The Rapid Response Loaves & Fishes Food Kitchen is also in the area, preparing thousands of hot meals for flood survivors and volunteers.

This cleanup project will likely transition into a CAM rebuilding project later this fall and winter. A significant amount of funding will be needed to help cover operational costs and to purchase building supplies for homeowners who can’t afford them.

This has been one of Rapid Response’s busiest years. Even while some teams were starting cleanup in Louisiana, other teams were responding to flood damage in Indiana and Missouri, tornado damage in Michigan, and forest fires in California. Prior to the flooding in Louisiana, teams were also involved in a large-scale flood cleanup project in West Virginia.

We know that God is in control and desires to use difficult situations to draw people to Himself. Please pray for the thousands who have been devastated by recent disasters. The extent of their loss is hard to comprehend. Pray also for Rapid Response team members and volunteers as they show forth the love of Christ and bring a ray of hope to survivors.

If you would like to help with the cost of operations to make cleanup and rebuilding projects possible, your help will be appreciated. Thank you for your support!