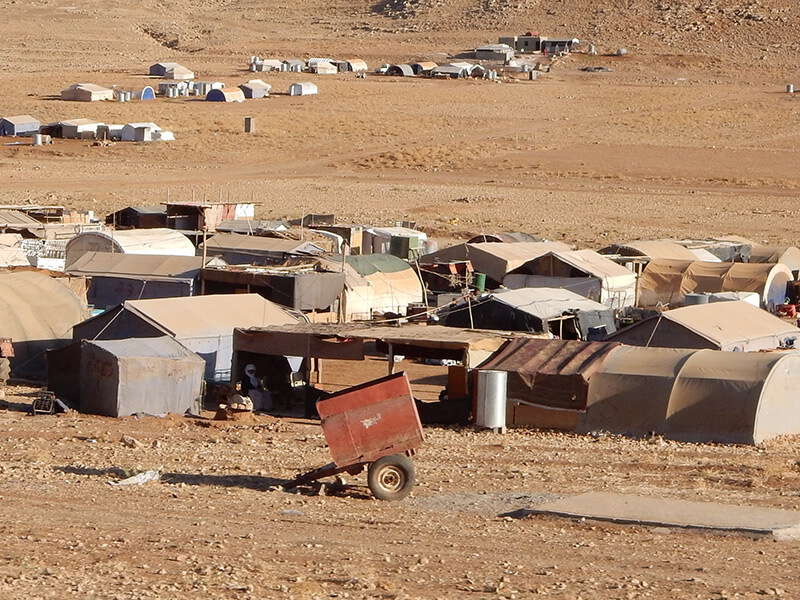 Ministering Hope to Those With a Bleak Future

Clouds of dust blew in from the southern part of the country last week, obscuring the sky and lowering visibility to a few hundred feet. Following the dust came torrential rains that cleared the air but caused the streets to run with muddy water and left us with chilly weather. It was such a blessing to retreat to a warm hotel room for the night, but I couldn’t help thinking of those living in the camps not too far from us. All that stood between them and the wild miserable weather was the thin fabric of their tents.

All throughout northern Iraq camps and buildings overflow with hundreds of thousands of displaced people. Camps for refugees from Syria. Camps for the Yazidi people chased from their homes by militants bent on massacring them. And now, there are camps being built for those who are fleeing the city of Mosul as the army moves in to take it back from ISIS. Since the beginning of the battle in October, nearly 90,000 people have already fled their homes. Sometimes the needs seem almost overwhelming and we wonder how long this disaster can possibly go on.

This week as we distributed blankets, we got a little glimpse into the lives of just a few of these individuals. One morning, we stopped at a small house surrounded by a concrete wall. We knocked on the metal gate and were invited into the courtyard. As we entered, children began spilling out the front door staring at us curiously. We noticed a number of children near the same age and asked who all lived here. They told us that this small house, which might comfortably house a family of 5, was now home to 6 families—22 people in all. They had fled from the fighting with almost nothing. As time drags on, their resources dwindle and they are left with few options.

Later in the day, we pulled up in front of a large concrete structure that was probably originally intended to be an office building or apartment complex. When the conflict reignited two years ago, construction projects like this were abandoned, and now this particular building has become home to a group of Yazidi people. They have used plywood and plastic to construct shelters. Ropes tied between the bare concrete columns serve as clotheslines. A group of women sat cross-legged on the floor preparing food, and the children seemed quite happy for some visitors. 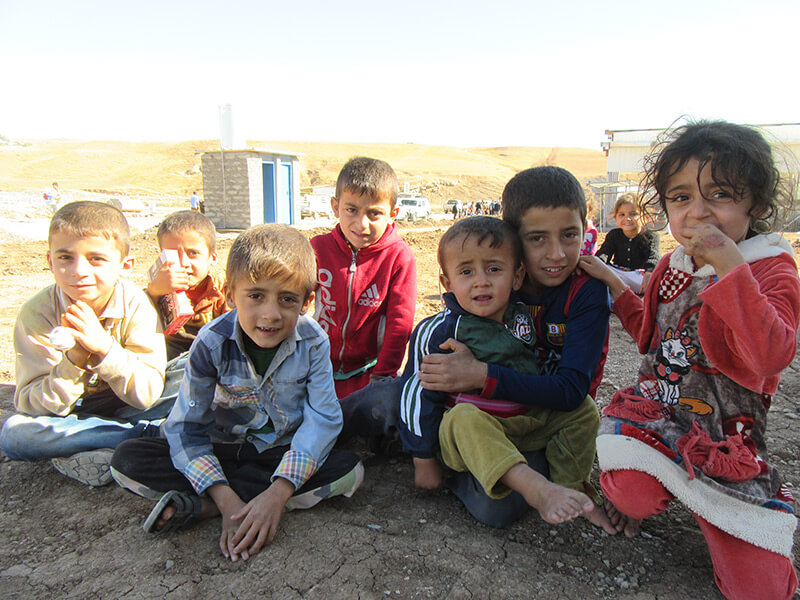 Nearby, we visited a tiny block house built in an empty lot. As we stepped through the front door, we realized this crude dwelling was more of an enclosure than a house. Parts of it had no roof, and at one end, all that separated a row of beds from the cold air were a few hanging blankets.

While these physical needs are the most obvious, and the easiest to address, there is a much greater need that quickly becomes obvious when you begin talking with the people. A need for healing and forgiveness. This week I spoke with a young man who told me that in 2007 his brother was killed in a suicide attack and in 2014 the rest of his family was killed by ISIS, leaving him alone. Now he and his wife spend their days in a tent camp. They have no desire to return to the village where this tragedy took place and the future looks very bleak.

As the work here in Iraq continues, pray for us that we would be able to help bring hope. Pray that healing may come to these weary people and this broken land.

–written by a CAM staff member