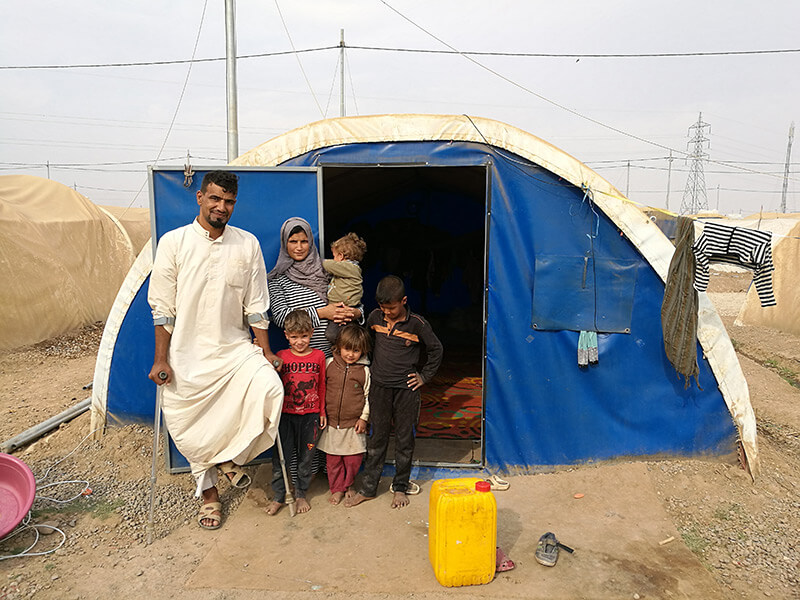 Salim and his family in front of their tent. Salim is awaiting surgery to repair his broken hip.

Moments of Hope in the Mosul Aftermath

All of us have those moments that we will always remember. Experiences that impact us, that reach way down inside and grab a hold of us, and don’t let go. They change us, they color the way we see the world, they motivate us, they inspire us.

Most of these experiences are not easy ones. They’re not full of birthday cakes, smiles, and parties. Most times, it’s during the hardest of times that a little something, something that might seem so insignificant under normal circumstances, but in tumultuous surroundings, shines bright.

I’ve had a few of these experiences here during my time in Iraq. Most of them occurred while I was working in Mosul during the liberation. People fleeing; injuries and stories that were almost unbelievable in their horror; feeling exhausted and overwhelmed by all the needs of those around me; and a smile, a gesture, or a word of encouragement would impact me deeply.

Our days now are different. We hear these stories, still, in camp, but the horror and the rawness have faded. Life has become somewhat normal, even while living in a tent. The people eat, sleep, visit with their camp neighbors. Children go to camp school. 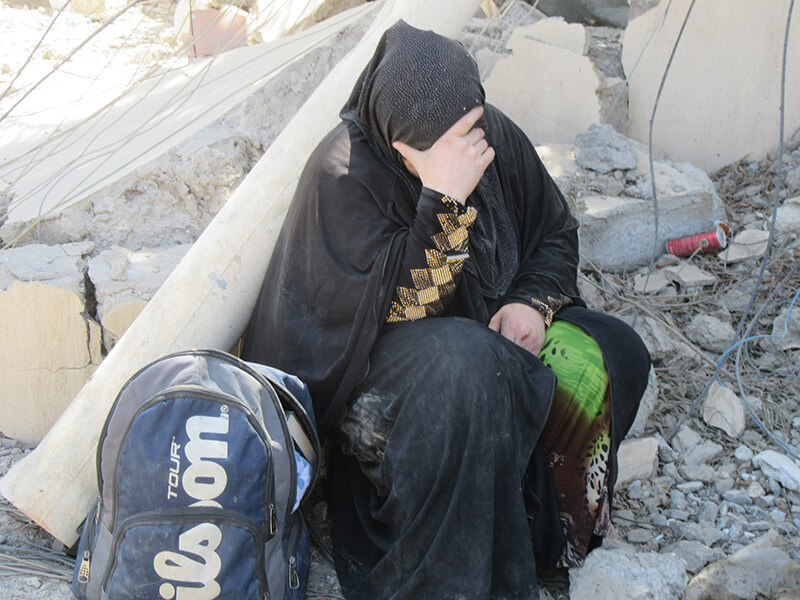 One Mosul doctor noted that all Mosul residents have post-traumatic stress disorder—all are in need of help, he said.

For some though, life isn’t normal. They have medical needs that cannot be met in camp. They are missing a limb. They have lost sight due to shrapnel injuries. Many women are now widows. What does their future hold? Others have medical needs that have nothing to do with ISIS or the war to free Mosul. They also are affected. It is extremely difficult to leave camp, even in pursuit of medical help. We as CAM’s medical team are finding so many cases that need help. I’d like to introduce you to one of these cases.

Meet Salim. He’s a tall, broad shouldered, 31-year-old man with four children. His wife is five months pregnant. About four years ago, Salim was involved in a head on collision, totaling his car against a semi-truck. He should have died, but God had His hand over him, and he survived the accident. He broke his hip, and surgery was done during the ISIS occupation. Unfortunately, the surgery was unsuccessful and Salim’s hip became useless. It’s completely locked into one position, a position which keeps his foot about 10 inches off the ground.

When the liberation started, Salim and his family ran. He walked on crutches a little over eight miles in four hours to flee the fighting. Now, in camp, he has adapted well. He doesn’t let his handicap slow him down. He would like to join his father and brother in Mosul but doesn’t want to become a burden on the already financially strapped family. Our translator in camp introduced me to this man a few weeks ago, and I was impressed by his story. After discussion with CAM, it was agreed that we could help Salim get the surgery he needs to be able to walk correctly again.

I’ll never forget the day I went to tell him the news. He saw us coming, and with great anticipation he welcomed us into his tent. He shut the door and sat on the mat, folding his hands and looking at me and at the translator with such a look of hope. I gave him the good news, and his smile reached ear to ear. After a minute of smiling so big, he gathered his children onto his lap and broke down and cried. It’s a moment I’ll never forget.

Salim is currently in the hospital, waiting for his surgery. Please pray for him and his family as you think of them. His recovery will not be easy, but he is a highly motivated man. Pray that this would be a way to show him how much our Father cares for him.

If you wish to help suffering people in Iraq and other parts of the Middle East, please click below to give a one-time gift. CAM provides food, medical care, and other essential aid to those affected by the ongoing conflict in this part of the world.