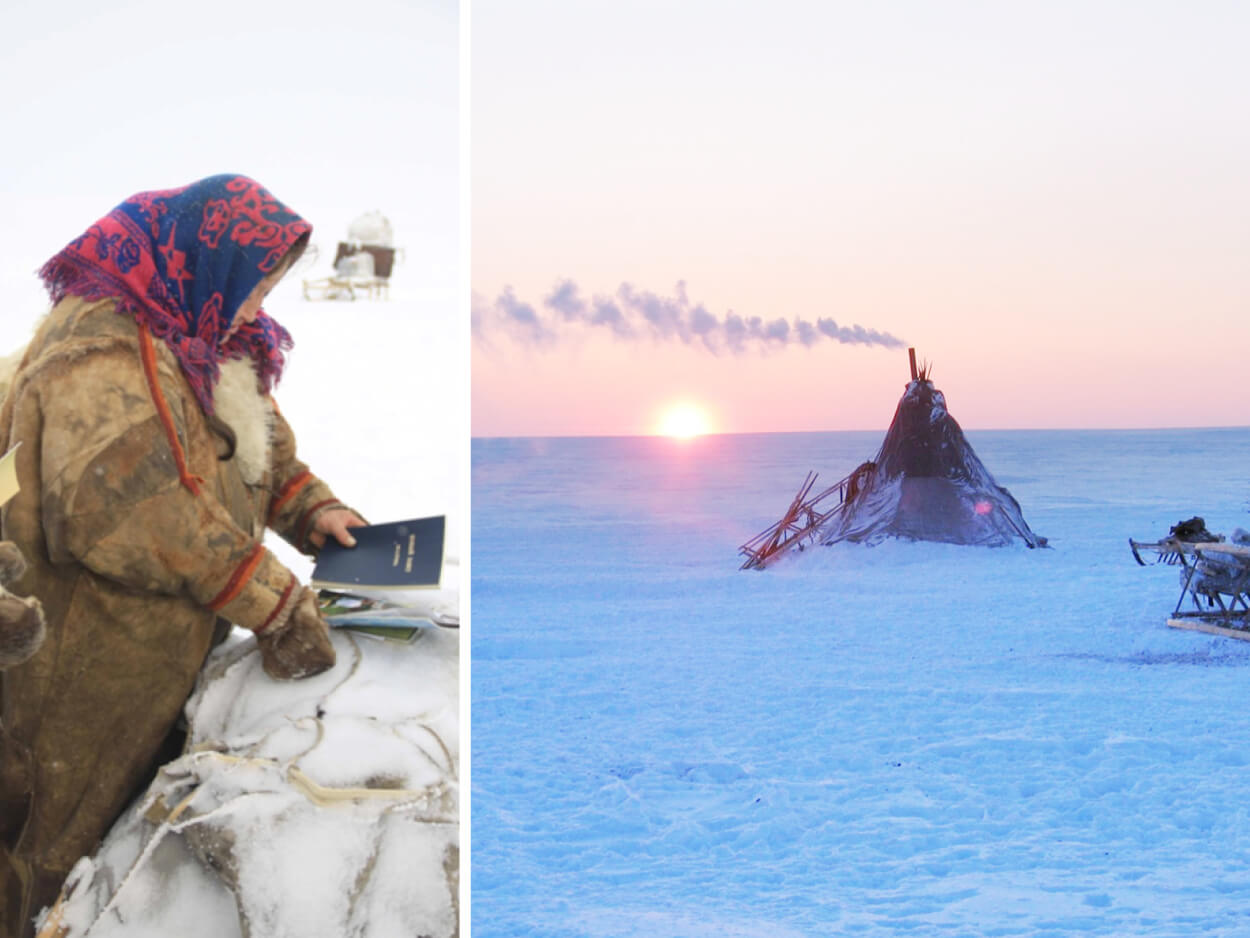 New Testaments for the Far North

God continues to open doors to provide Bibles and New Testaments in unusual and remote parts of the world. The past few years, we have worked with trusted contacts to supply New Testaments in the former Soviet Union, including an isolated region of Siberia.

One of the people groups in this region who received New Testaments are the Nenets. Some from this group are nomadic reindeer herders who live much as they have for hundreds of years. They still depend heavily on reindeer, using them for food, clothing, tools, and transportation, as they migrate more than 600 miles across the Siberian tundra every year.

This culture is fascinating, but sadly many of these people still adhere to an ancient pagan religion involving charms, curses, and evil spirits. Alcoholism is prevalent. Experts who document unreached people groups say the Nenets are open to the Gospel but little has been done to reach them.

Our dedicated contacts who distribute literature in Siberia travel over difficult terrain and face frigid temperatures to get these materials into the hands of recipients. God’s Word is having its impact and some have chosen to follow Jesus.

This year, we have another opportunity to supply God’s Word to this spiritually needy part of the world. Some of the New Testaments will end up in very remote areas. Others will be distributed door-to-door or on city streets in other parts of the former Soviet Union.

One pastor who assists with this project wrote, Your labor continues the ministry in distant villages . . . and in chums [rawhide tents] of reindeer herders in the Nenets region. Discouraged souls are inspired in villages of the Vologod Oblast. Even rich homes are penetrated, as well as the slums of St. Petersburg, Russia . . . We can calculate the value only in eternity of your participation in the work of preserving and distributing the Gospel in Russia.

Ways to Pray for this project

Pray that more people, both in Siberia and other parts of the region, would become part of the Kingdom of God.

Pray for the small group of Nenet Christians.

Ask God to open the eyes of people in the former Soviet Union who are still influenced by atheistic ideas they were taught under communism.