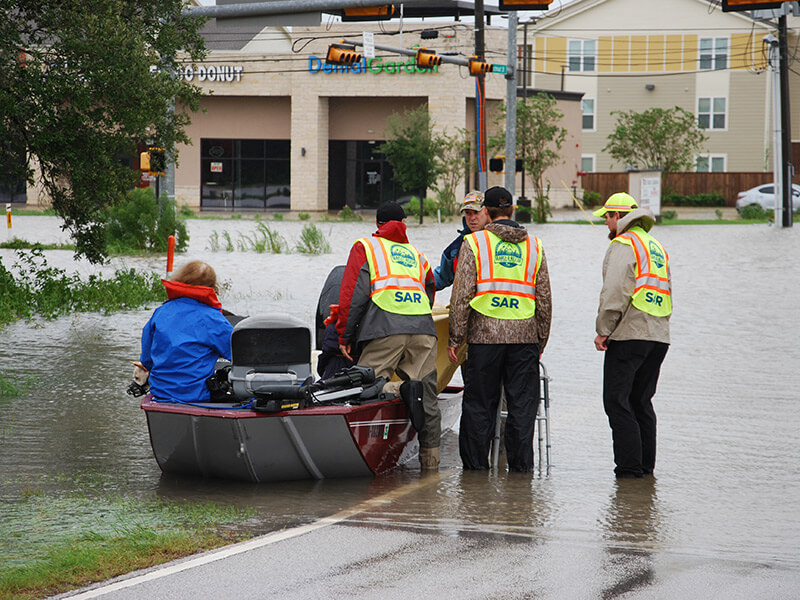 CAM teams are working long hours to bring as many people as possible to safety in Houston.

No Relief in Sight for Texans

There is no relief in sight for the people of southeastern Texas as torrential rains and disastrous flooding continue to slam the state. “This is a flood of epic proportions,” reported Chris Troyer, our Rapid Response team leader in Texas. At least nine people have died in Houston, including a family of six who died trying to flee rising floodwaters.

One news report related that, as floodwaters reached the rooflines of single-story homes in Houston, people could be heard pleading for help from inside.

Our Search & Rescue (SAR) teams have been working long hours, alongside thousands of other emergency personnel, to bring as many people as possible to safety. They rescued several hundred people from a large subdivision, but “are hardly making a dent,” said Marcus Miller, SAR coordinator. “We are getting calls from all over with pleas for help.” The Search & Rescue teams are asking for prayers as they try to work efficiently and safely.

After threat of more flooding in Victoria, the CAM Loaves & Fishes food kitchen decided to set up on the outskirts of Houston. About 200 people are taking shelter in a church in Huffman and are almost out of food. Like many disaster survivors, they don’t have a source for groceries or a place to cook meals. Pray that the team will be able to get into town to set up.

Continual rain and rising flood waters make it difficult for our Rapid Response teams to do research or provide relief. “We found a lot of wind damage, and houses that should be tarped as soon as possible,” Chris said. Our coordinators are meeting with other relief organizations and emergency officials to make plans how best to help.

New areas continue to be flooded in Texas. Officials have started releasing water from two overflowing reservoirs in Houston to prevent uncontrollable flooding downtown. Forecasters are predicting that bayous and large rivers will remain well above flood level far into September. 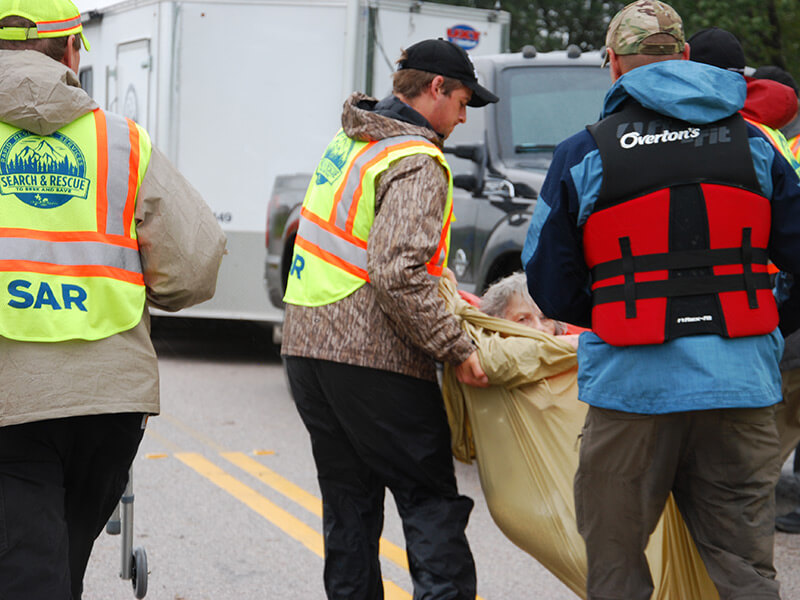