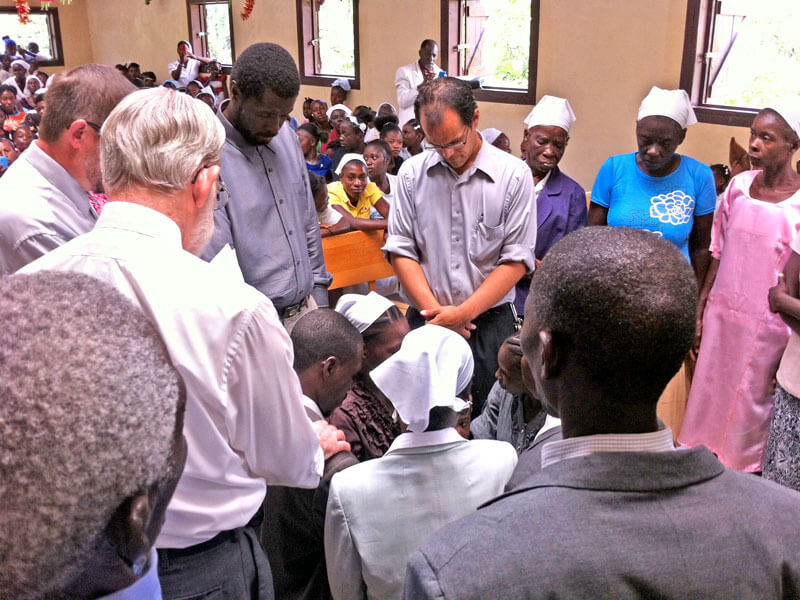 Passing On the Torch

On a Sunday morning in a little tan and brown concrete church house in Nan Carré, Haiti, four pastors surrounded a Haitian man kneeling beside his wife. The man was Senfilet, and he was accepting the torch of leadership being passed on to him. Although Senfilet had been ordained as a minister in 2012, he was now being commissioned as lead pastor.

A year earlier at Nan Carré’s sister church in La Source, where CAM has a medical clinic, another Haitian man, Frisnèl, had received this same torch of leadership. At the time, Matthew Morhart was helping to pastor both churches.

But this time it was different. The Morhart family was returning to the United States, and for the first time since these conservative Mennonite churches began, there would be no American pastor on the ground.

It had been the goal of the Salem Amish Mennonite congregation of Bakersville, Ohio, ever since they had started the church plant in 1997—to have the church become increasingly self-governing. Rejoice with us that there are faithful Haitian men who have picked up the torch and are ministering effectively among their own people. Pray for them and the churches they lead in this new phase of church life.

The church plants at Nan Carré and La Source are supported by CAM. Funds are used for needs within the congregation, pastor travel, Bible school expenses, and more. If you would like to help churches grow and prosper in Haiti, Romania, and Liberia, please choose from the options below.