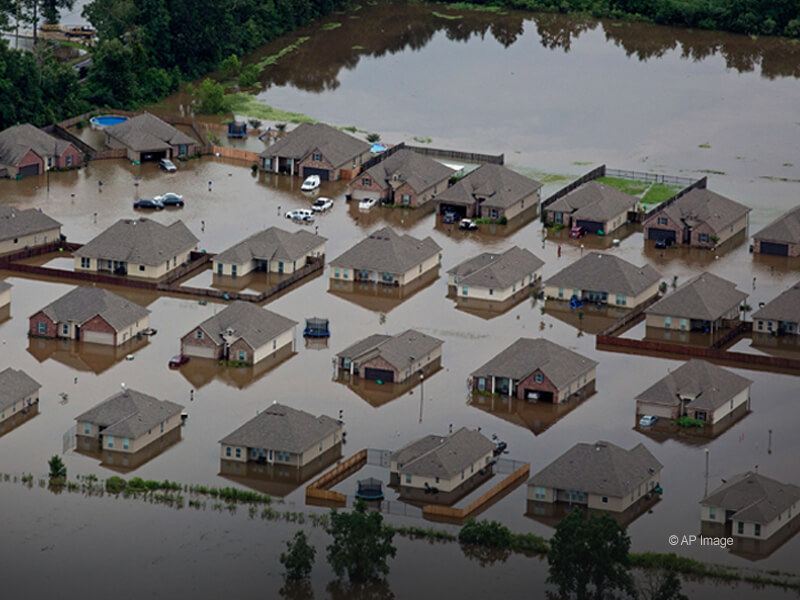 Both survivors and emergency officials are overwhelmed by unprecedented flooding in Louisiana over the past week. More than 20 inches of rain hit Baton Rouge and the surrounding area within a few days. Weather forecasters say more rain is on the way. Showers and thunderstorms are expected throughout the week.

CAM has dispatched Rapid Response teams from four states to begin what our staff on the ground are saying will be a “mammoth” cleanup project. More than 40,000 homes were damaged by the flooding. Many of the families affected do not have flood insurance, as the flooded areas were not within a 100-year flood zone.

Homeowners are devastated. They are exhausted and traumatized, not knowing where to start in putting their lives back together. Some have not had access to a shower since wading through contaminated floodwaters several days ago. Many do not have clean clothes, water, or a way to prepare meals.

The Rapid Response Loaves and Fishes Food Kitchen will be arriving in the area today, August 17, to begin preparing hot meals for flood survivors and volunteers.

Please pray for the thousands of people who have been devastated by this disaster. The extent of their loss is hard to comprehend. Pray also for Rapid Response team members and volunteers as they bring a ray of hope to what seems hopeless to many survivors.

Major flooding over the weekend killed at least six people in Louisiana and forced more than 20,000 people to evacuate. Thousands of homes have been damaged. CAM’s Rapid Response team members are bracing themselves for what will likely become a large-scale flood cleanup project in Louisiana.

Southwestern Mississippi was also affected by the same flood. The floodwaters there have already gone down and Rapid Response team members and volunteers started cleanup in Crosby, Mississippi, today, August 15. In most flooded areas of Louisiana, the floodwaters still haven’t peaked, but team members plan to research and start cleanup when the water recedes.

Rapid Response Services coordinates volunteers to help with cleanup and repairs in the aftermath of storms and floods in the United States. If you would like to help with operational costs to make these projects possible, you can donate below. Thank you for your support!