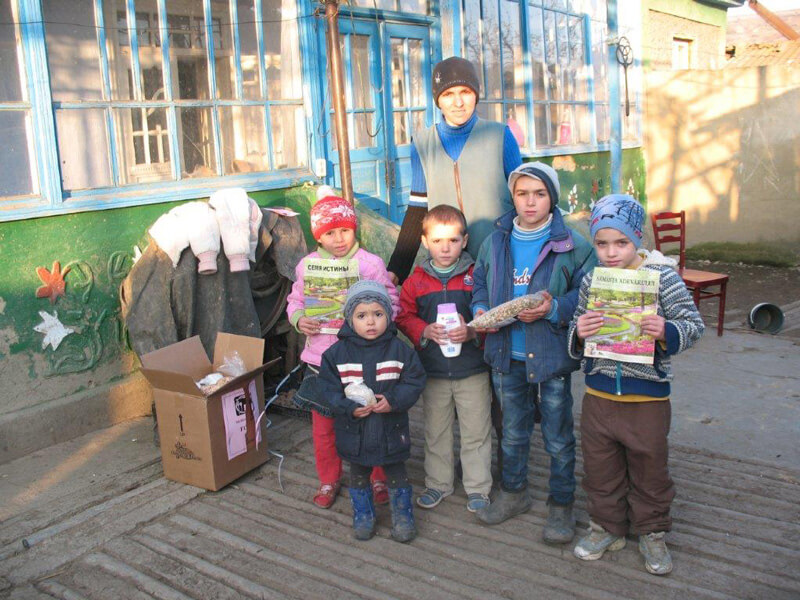 Luidmila’s husband forsook her and their five children, leaving them to fend for themselves.

Dirt streets lead into remote villages of Moldova, Europe’s poorest country. Concrete hulks of communist-era buildings stand deteriorating along the roadsides. Other than a few schools, an occasional grocery store, and a local drinking bar, businesses are rare.

The country has attracted few international companies, meaning less jobs for the locals. In fact, steady, income-producing jobs are nearly nonexistent in many areas. The current tension between Russia and Western Europe is complicating the situation—with the Moldovan government’s loyalties divided between Russia and Europe. Foreign investors are leaving the country to escape the instability, taking with them some of the few large businesses. Those left in the country live with what they have or the little they can afford.

The daily grind is difficult in this country just east of Romania. CAM reaches out to the neediest Christians in the country to provide them with food parcels, in hopes of strengthening their faith and boosting them financially.

This spring Luidmila was added to our list of 700 food parcel recipients in Moldova. A mother of five children, Luidmila struggles to provide for her family since her husband, who is not a Christian, left the family. She tries to find work from anyone who is willing to pay her for some labor. Luidmila thanks CAM for the monthly food parcel that helps stretch their meager income. “The oil lasts from one month to the next,” she says, “and the children love the canned chicken in the parcel.”

The Bors family of six also receives a food parcel each month. Like many other villagers, they live on approximately $6 dollars a day. Their income doesn’t go very far considering the rent they pay for their home, school fees for the children, and clothing needed for the whole family. Winter is around the corner, adding another worry to the family. When big snow storms blow through the area, their village is isolated—practically shut off from buying and selling with the rest of the world.

Food parcels with oil, flour, chicken and other items are a huge blessing to Moldovan families as they face hard times. While many families grow large gardens and can vegetables for the winter, the items in the food parcels would need to be bought if they were not gifted to them. Your gift helps stretch their meager budget. Thank you for reaching out to fellow believers in Moldova!

To help, please click below to give a one-time gift or start a monthly sponsorship.