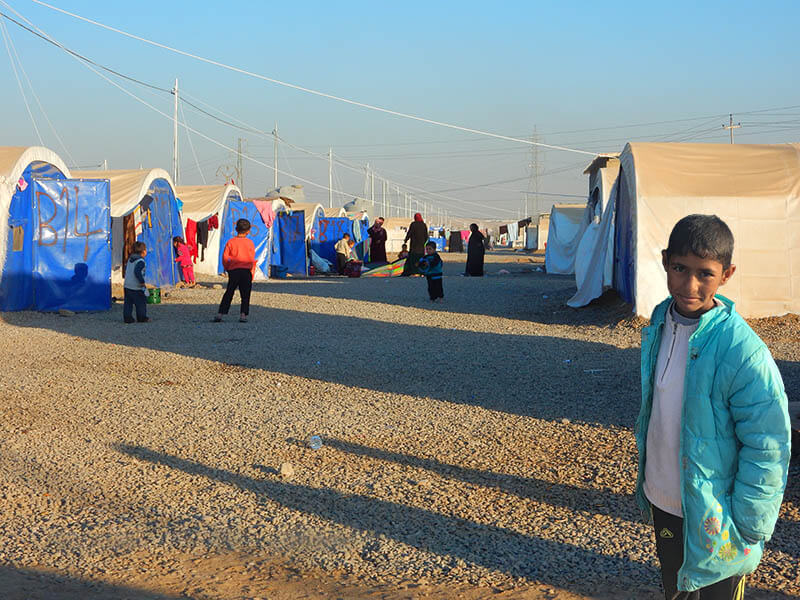 Eleven-year-old Abdullah* lives with his father and mother, and three younger siblings in Mosul Iraq. Five years ago, Abdullah lived near Mosul with his family. Mosul was called Nineveh in Bible times. Then, a group of terrorists called ISIS took over their town. His parents stopped sending him to school, because ISIS was teaching the schoolchildren bad ideas. When the Iraqi army started fighting against ISIS, Abdullah and his parents ran to a big city to escape the fighting. But soon the war came to the city too. They had nowhere to go except to one of the big camps filled with tents. 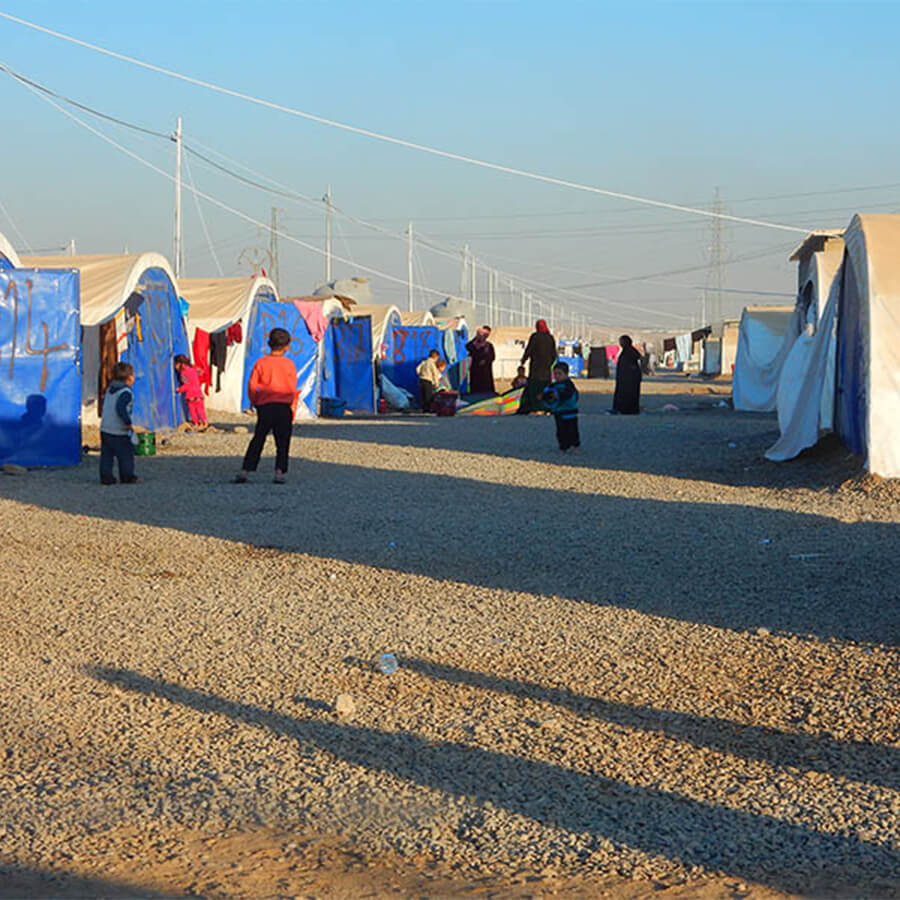 The camp was 2 miles long.

When they got to the camp, it had around 8,000 tents and they needed to find the one assigned to them. Each tent had a letter and a number. Finally, after walking through the camp, they found the tent that matched their letter and number!

Abdullah’s mother started putting away the few things they had brought with them, as well as the items some organizations gave them. They had given them a tarp to put on the dirt floor, along with some foam mats, blankets, a hygiene kit, and a box of food.

Abdullah soon learned who his neighbors were. He and the other boys would scrounge around for old plastic bags, sticks, and string to make kites. They had to be careful though, because often the wind would carry their kites into the electric lines that crisscrossed overhead.

When the weather turned a little cooler, Abdullah started going to school with other boys. He went to school for three days one week and only two days the next week. The days the boys didn’t go to school, it was the girls’ turn to go.

Soon after school began, it started getting cold. The winter days in the camp were damp and rainy. In the evening, Abdullah’s family would huddle around their small kerosene heater, trying to stay warm. 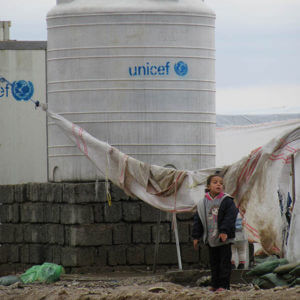 A big water truck brings water and puts it in tanks throughout the camp. This is what they use to drink, cook, bathe, and do laundry.

One day, Abdullah was plugging his father’s cell phone into an electric outlet when he felt a big zap! He fell to the ground and started clutching his chest. It hurt! His mother and father were very frightened. His father carried him about one mile to a medical clinic in the camp. The doctor decided that Abdullah needed to go to the hospital to see what was wrong with his heart. It took an hour for the ambulance to take Abdullah to the city hospital. Along the way, some soldiers stopped the ambulance to check everyone’s ID cards.

At the hospital, the doctors and nurses told Abdullah’s father that they found a hole in his heart. It was a big hole! They would need to do surgery to close it. But it would cost almost $3,000. Abdullah’s father didn’t know what to do. He didn’t have a job, and the money he used to have was gone because ISIS took over the banks and stole the money.

They went back to the camp and Abdullah’s father called all his brothers, uncles, and cousins to see if all together they could find the money to cover the cost of the surgery. One cousin sent what he could, but it was only $30. 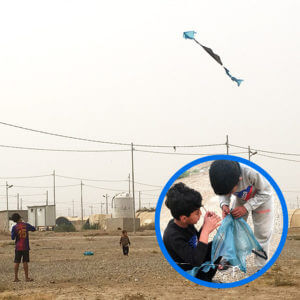 In the Middle East, boys and girls often attend separate schools after the first several years of school. In Iraqi camps, schools aren’t big enough for everyone to attend at one time, so boys and girls take turns.

Abdullah’s father was very worried about his son. One night he had a dream that he and Abdullah were standing on a high mountain, at the edge of a cliff. Abdullah was just about to fall off the cliff when someone came to rescue him. When he woke up, he didn’t know what the dream meant.

Later that day some nurses from CAM came to visit them. They listened to Abdullah’s heart and looked at the papers the doctors had sent home. Abdullah’s father told them, “You are the people I dreamt about. You are the ones who will save my son!” 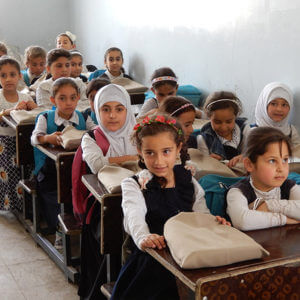 In the Middle East, boys and girls often attend separate schools after the first several years of school. In Iraqi camps, schools aren’t big enough for everyone to attend at one time, so boys and girls take turns.

The next week, Abdullah and his father went back to the hospital. This time, they weren’t worrying about who would pay for the surgery. God had provided the money through CAM.

The doctor opened Abdullah’s chest and sewed a patch over the hole in his heart. Abdullah had to stay in the hospital for five days after the surgery. Sometimes his chest hurt from the surgery, but his heart was feeling better.

After he got back to camp and was feeling better, his mother invited all the nurses for a big lunch as a way of saying “thank you.”

Abdullah is happy to be well and excited that he can play with his friends again.

To help support the Middle East in Crisis! program, please click below to give a one-time gift or start a monthly sponsorship. 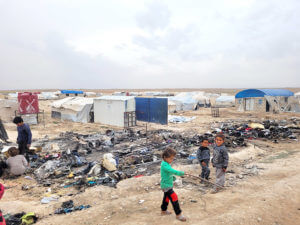 Six-year-old Amira is from a refugee camp in the Middle East. She was born with special needs. Her family loves her dearly. Amira loves her family too. Recently Amira was excited to go to her sister’s wedding party. But the happy party was suddenly ruined when a fire...
Read more.. 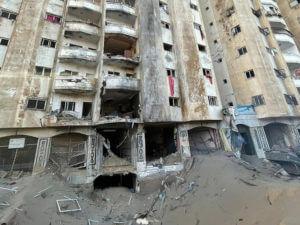 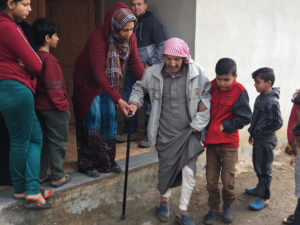