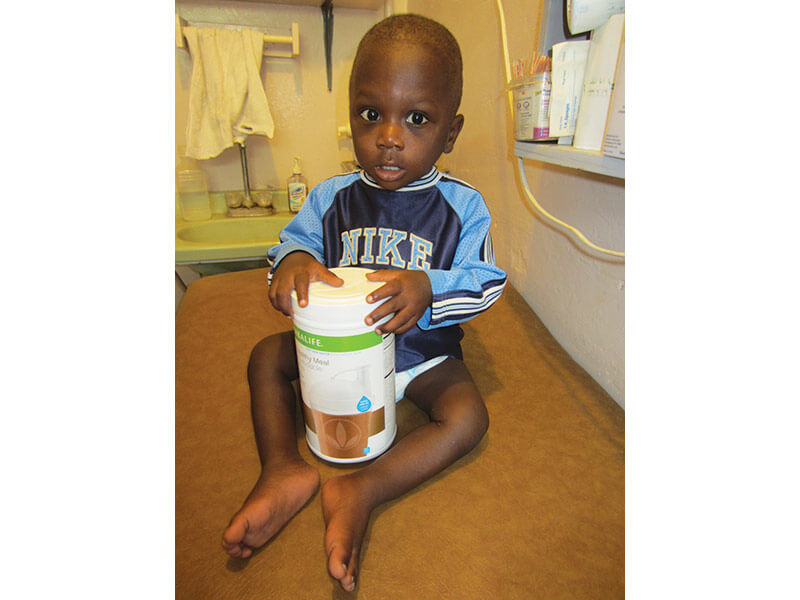 One glimpse at Wenley Hilaire, and we knew he was in trouble. He had swollen ankles and skin sores, and he was lethargic, limp, and malnourished. At 15 months of age, he weighed only 17½ pounds, and some of that weight was fluid.

We put Wenley on our Herbalife program and gave his aunt an appointment to bring him back so we could mark his progress. By his second appointment, he had lost his extra fluid and even gained a bit of weight.

Two and a half months later, Wenley was a bright-eyed lad, alert and interested in life. He had gained about five pounds. God answered our prayers for Wenley, and with joy we sent him on his way. A hearty thanks to CAM from Wenley’s father for the life-saving gift of Herbalife.