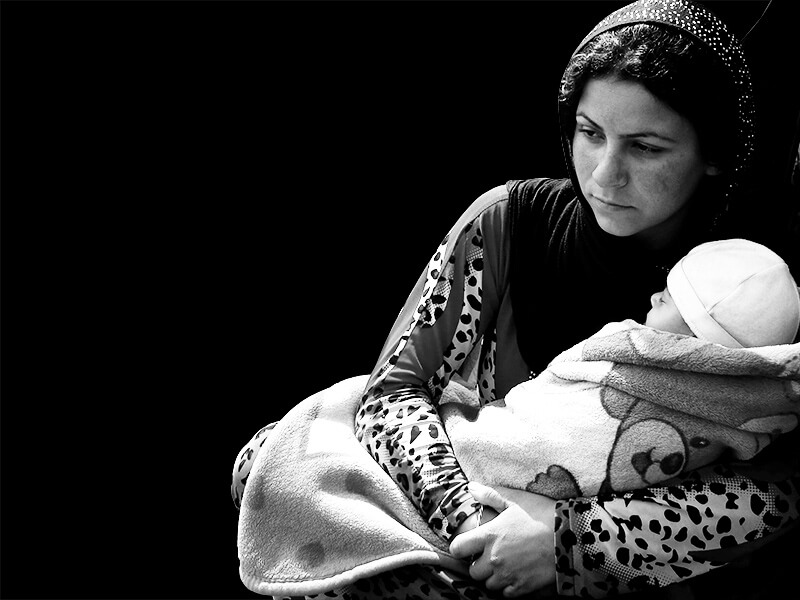 Five years have passed since anti-government protests in Syria triggered a bloody civil war. Repeatedly, attempts at peace have been abandoned as missiles and bombs continue to rain down death and destruction. Women have been widowed, children orphaned, and people of all ages maimed for life. Several hundred thousand people have died.

One resident of Aleppo, Syria, described the bombing of his home. Rescue workers spent two hours searching for his seven-year-old son in the rubble. Finally, the father glimpsed the boy’s clothes. The boy was rushed to the hospital but workers soon came out, carrying his body in a shroud. The boy was dead. “At that moment my mind was not with me,” the father said. “God is my only support now.”

At least 6.6 million people have fled to parts of the country they hope will be safer. In many cases, the fighting follows them, and they have to flee again. In Damascus, Syria’s capital, tents are strewn throughout the public parks, housing those who have nowhere else to live. Recently, near Syria’s border with Turkey, airstrikes hit a camp for displaced Syrians, killing 28.

By now, the effects of the Syrian civil war have rippled around the world. Nearly 5 million Syrians have fled to Lebanon, Jordan, Turkey, and Iraq. Some, who can afford it, attempt the risky journey to Europe. Very small numbers of Syrian refugees are also legally making their way to Canada and the United States.

Initially CAM provided aid mostly to Syrian refugees outside the country. Recently, due to better connections, we have begun channeling more aid directly inside war-ravaged Syria. Besides helping 500 families with monthly food packages, we are also shipping in sea-container loads of clothing, hygiene kits, comforters, shoes, and wheelchairs.

An elderly man, Abu Sami, was paralyzed when shrapnel from a bomb injured his spinal cord. Unable to afford a wheelchair, Abu was confined to his bed. When he recently received a wheelchair, tears fell from his eyes. “Through your care and help,” he said, “I have touched the love of God.”

CAM continues to provide aid in the countries surrounding Syria as well. Our staff, based in Jordan, travel throughout the region, investigating needs and monitoring projects. The needs they encounter are endless and heartbreaking.

In makeshift camps in Turkey, refugees live in deplorable conditions, with temperatures recently soaring above 100 degrees. In Lebanon and Jordan, our staff often encounters large numbers of refugees crammed into tiny spaces, like a family of eleven living in two small rooms.

It is our goal to radiate the love of Jesus in this troubled part of the world. We are grateful to our supporters for enabling us to provide aid since the outset of the Syrian war in 2011. Last year, we provided aid and literature to approximately 100,000 displaced people. With your generosity and God’s blessing, we hope to continue to be a channel of God’s love to the many suffering people in the Middle East. The needs and opportunities are nearly endless. Our 2016 budget goal for this project is $3,000,000. If you wish to help, your gift is much appreciated.

We want to pass on to you the gratitude we receive from many struggling refugees. With tears in her eyes, one woman in Turkey said, “Yesterday my children were hungry. Today I will bring food to them. God bless you!”

*Names have been changed to protect identities.

*Information compiled from a variety of sources.

Would you like to be involved in helping Syrian refugees and displaced people? Your financial support helps provide food, clothing, literature, and other aid to victims of the Syrian war. Please choose from the options below.