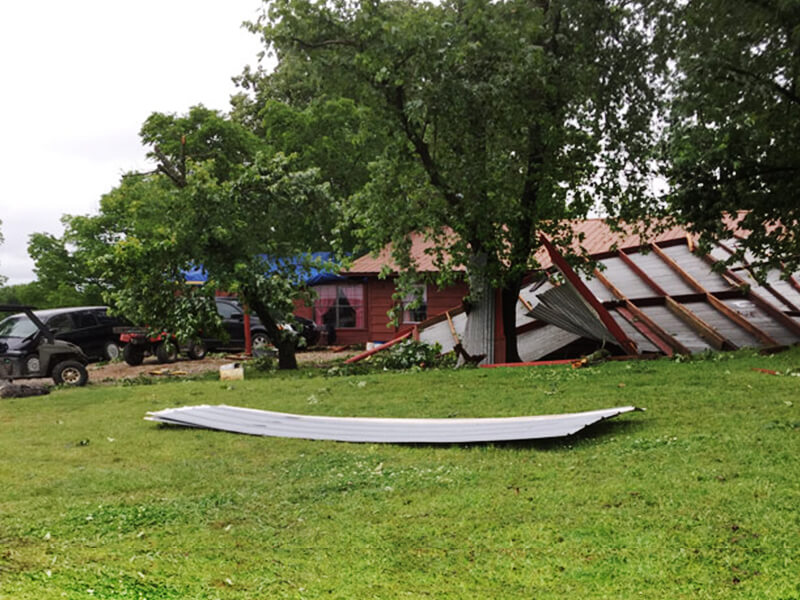 Several tornadoes tore through northeast Texas and southwest Arkansas on Sunday, leaving a trail of death, injury, and wreckage. Two were killed in Nashville, Arkansas, three in Texas, and dozens injured in both states. Authorities are travelling door to door, searching for the injured.

CAM’s Rapid Response team arrived on the scene in Nashville, Arkansas by Sunday evening and worked most of the night to clean up wreckage. Merlin Miller, a member of the team, reported that they will continue work this week.

A married couple who lived in a trailer court was killed by the storm. Rapid Response team members were present when rescue workers found the couple’s young child in the wreckage. The infant was alive and suffered no serious injuries.

Please pray for the Rapid Response team as they provide emergency cleanup. Pray that they could comfort those who have lost loved ones, been injured, or had their homes destroyed or damaged.