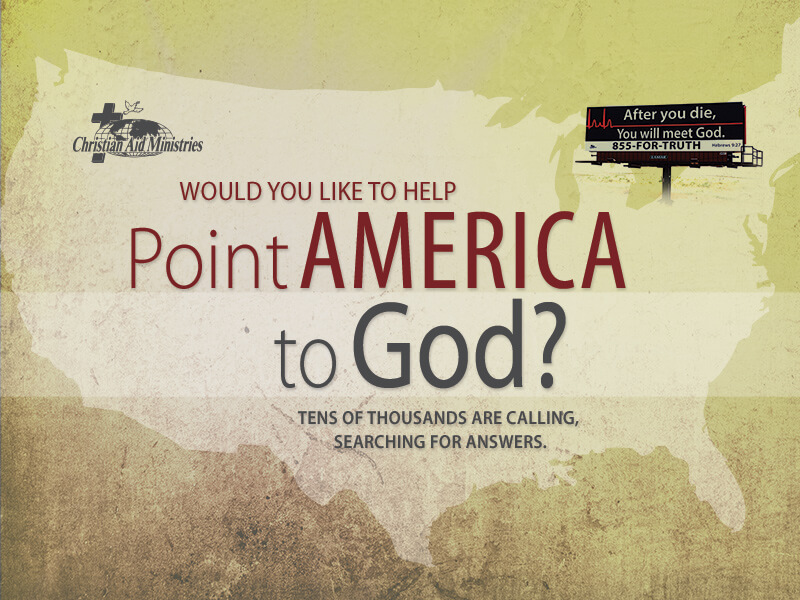 WOULD YOU LIKE TO HELP POINT AMERICA TO GOD?

WOULD YOU LIKE TO HELP POINT AMERICA TO GOD?

Through the kind providence of God, and at the invitation of William Penn, our Anabaptist forefathers first settled in Pennsylvania in the late 1600s. The freedoms granted in America have been a great blessing to our people. We have been able to practice our beliefs as we feel the Bible teaches. Here our people have prospered materially as well. In America we continue to escape much of the conflict that devastates so much of the rest of the world.

But sadly America seems to be changing. One place this is evident is in the breakdown of the family. Many marriages end in divorce, leaving behind bitter young people. One-third of American children are being raised without a father in the home. Living together as unmarried couples is considered acceptable. Divorce and remarriage is even accepted by many churches. A recent U.S. Supreme Court ruling defines marriage differently from how God established it. In these and many other ways, the very foundations of truth are being challenged.

The Psalmist aptly wrote: If the foundations be destroyed, what can the righteous do? (Psalm 11:3).

What can the righteous do?

We can pray, and we can tell others about God. Many people in America know very little about God, the Bible, or Jesus. Many others call themselves Christians but few follow Bible principles.

At CAM, we have felt led to post Gospel billboards along major highways and in cities across America. The goal is to glorify God and to point Americans to Jesus, who can save them from their sins. These billboards remind people about Biblical truths as they travel, a time when it is easier for Americans to quietly think and reflect.

With more than 400 Gospel messages posted across all 50 states, an estimated eight million people see a CAM billboard each day (this is still only 2.5% of the U.S. population).

A toll-free phone number on every billboard invites passersby to call for truth. We received more than 84,000 calls in 2015 from a wide variety of people, including atheists, Muslims, and Jews. Many appreciate the billboard messages. Some call, desperate to find peace with God. Others are angry and deny that God exists. Many are pricked in their consciences. Some hear the Gospel message for the very first time. Some are freed from the bondage of sin and become children of God.

The door of opportunity to present truth in America is still wide open! But there are increasing signs that this could change. Large atheistic groups are taking radical steps to remove any trace of Christianity from the public eye.

Did God in His providence place our Anabaptist people in America for such a time as this? (Esther 4:14)

CAM is working with our nation’s largest billboard companies to obtain significant discounts for bulk contracts. Enclosed is a list of billboards in need of monthly sponsors.

If you feel led to help point America to God and His message of salvation through the avenue of Gospel billboards, your help will be greatly appreciated. Above all, we need your prayers.

Each $1 gives 800 people an opportunity to see a Gospel message.

Thank you, and God bless you! May HE receive all the glory for He alone is worthy.

“If my people . . . shall humble themselves, and pray, and seek my face, and turn from their wicked ways; then will I hear from heaven, and will forgive their sin, and will heal their land.” (II Chronicles 7:14)