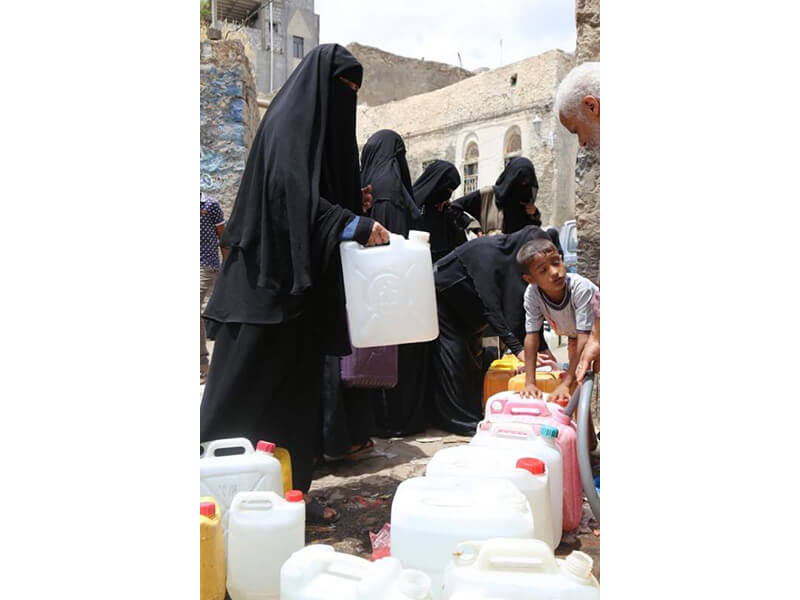 Update: The number of cholera cases in Yemen has now reached one million, according to the International Committee of the Red Cross. More than 2,200 people have died. Cholera is an infectious disease that causes severe diarrhea and dehydration; if left untreated, the disease can kill quickly.

Health officials fear a new wave of cholera cases could come at the beginning of rainy season in March. With more than half of Yemen’s medical facilities closed because of war damage, the country’s health service has been unable to keep up with the outbreak.

The people of Yemen have suffered tremendously the past three years because of civil war. Now they face even more hardship as the war reaches new levels of intensity since the assassination of Yemen’s former President Ali Abdullah Saleh on Tuesday.

Yemen was already home to the worst humanitarian crisis in the world with 20 million out of Yemen’s 27 million people in desperate need of aid. Many of them—particularly children—are in danger of starvation. And now the country is experiencing the world’s worst cholera outbreak, with nearly a million cases reported.

“I can’t imagine this will not be one of the most devastating humanitarian catastrophes we’ve seen in decades,” said the head of the World Food Program.

CAM has been working through reliable contacts to provide food and clean water to suffering Yemenis. We are also planning to send container shipments of hygiene kits to Yemen in the near future.

Among many others, one mother of three was so grateful for the food basket she received. She and her husband with their children had fled the bombing and took shelter in an old abandoned building. “We used cardboard for blankets,” she said, “and I collected leftover food from the garbage to keep my children and husband alive.”

A father related how his family had run to a neighboring village to escape the fighting and took shelter in a barn. “My children used to go out looking for food and come back with a kilo of wheat from the neighbors,” he said. “We were in a pitiful condition.”

Then someone put this family on the list to receive aid from CAM. A few days later they went to pick up the wheat, oil, sugar, and hygiene items. “We were so happy, that we could not believe it. It was as if it was a dream,” the man said. “I thank . . . everyone who contributed to our happiness and survival.”

Please pray for the people of war-torn Yemen in this time of even more chaos, uncertainty, and suffering.

If you would like to help provide relief to suffering Yemenis, please click the donate button below.