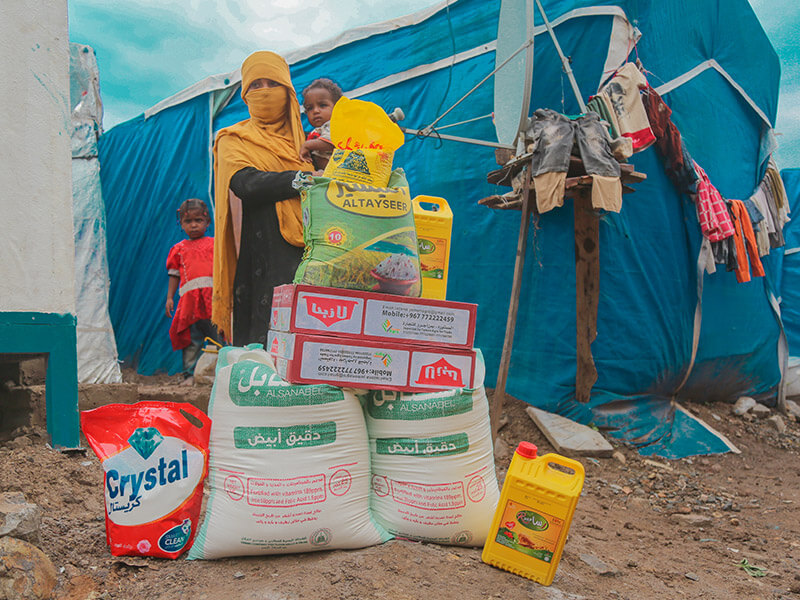 “A rocket shell destroyed our neighbor’s house, and he and his wife died.”

“I worried about providing even a piece of bread.”

“I couldn’t afford medicine or basic food for my children . . .”

“We pray to God the war ends.”

These are words from war-ravaged Yemen. They testify of sorrow, fear, and desperation—words that reflect the war and suffering in this country. The new year has not brought a sense of peace and hope to Yemenis. Instead, violence has escalated.

But the terrible human suffering brought on by the war is even worse than the actual fighting. Thousands of people have lost loved ones and more than 4 million are displaced. Yemen’s economy lies in shambles and food prices continue to rise rapidly. This leaves many Yemenis facing the daily struggle to buy even basic food items. Nearly half of Yemen’s children under the age of five suffer from severe malnutrition.

The lack of food is driving families to desperate measures. Our contacts say that some people turn to begging to survive. Others make the heartrending decision to give their young daughters away in marriage. Some, like Naem’s* son, leave their families to find work in the city. “[My son] went to the city but never returned,” said Naem. “After a week, we got news that he had been killed . . .”

Food is not this country’s only problem. Yemen is one of the most water-scarce countries in the world. Damaged infrastructure and continued fighting make clean water sources hard to find. This, coupled with unsanitary living conditions and a crumbling healthcare system, leaves many Yemenis susceptible to fast-spreading diseases like cholera.

Our Yemen contacts report a huge need for prayer.

Is there no rest from violence and suffering for Yemen?

God has given us a great opportunity to show His love in this seemingly hopeless situation!  With your support, CAM contacts are able to reach out with life-giving aid, including food and rainwater collection systems.

Arshad’s* family knows the horrors of war. This father carries the responsibility of caring for his eight children along with the children of his brother who died when a missile struck their home. “My brother died in my arms,” Arshad told our contacts. The family described how they were trapped in their collapsed house for three days.

Since then, they moved to another city. Arshad’s mother said, “Two months after we moved, another missile exploded on our street. I was injured, along with my son and daughter.”

“Sometimes we have to rely on eating only stale bread,” she continued. A gift of food helps supplement this diet. “The food is very important,” shares Arshad’s mother. “It arrives like rain and meets the needs of two families. May God reward you.” 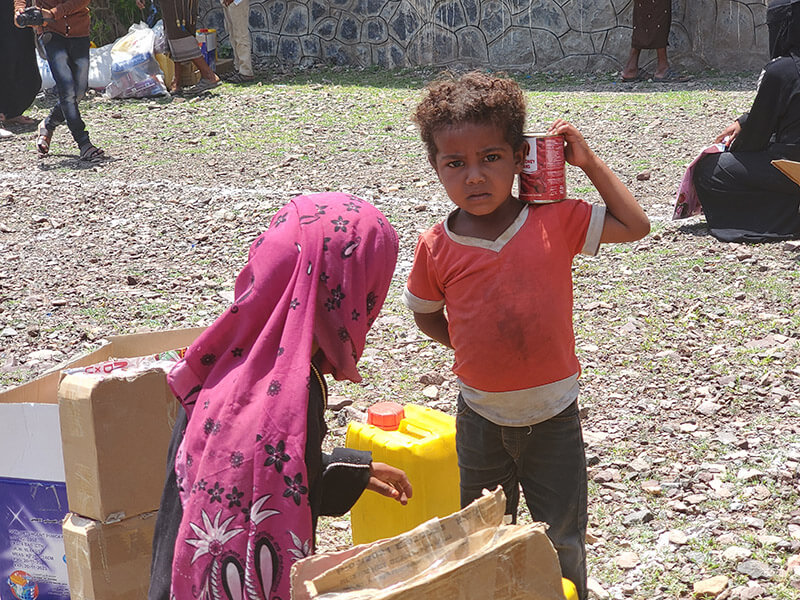 We desire to continue meeting needs as the people of Yemen face intense suffering.  If you would like to help, your support will bring hope to a mother’s worried eyes, relief to a burdened father, and smiles to hungry children. One food recipient said, “There hasn’t been anyone looking after us but you have relieved my burden by helping to provide for my family.” May God bless you!

*Names are changed to protect identity.

To help support the Yemen Silently Starves program, please click below to give a one-time donation or to start a Food for War-Torn Yemen monthly sponsorship.