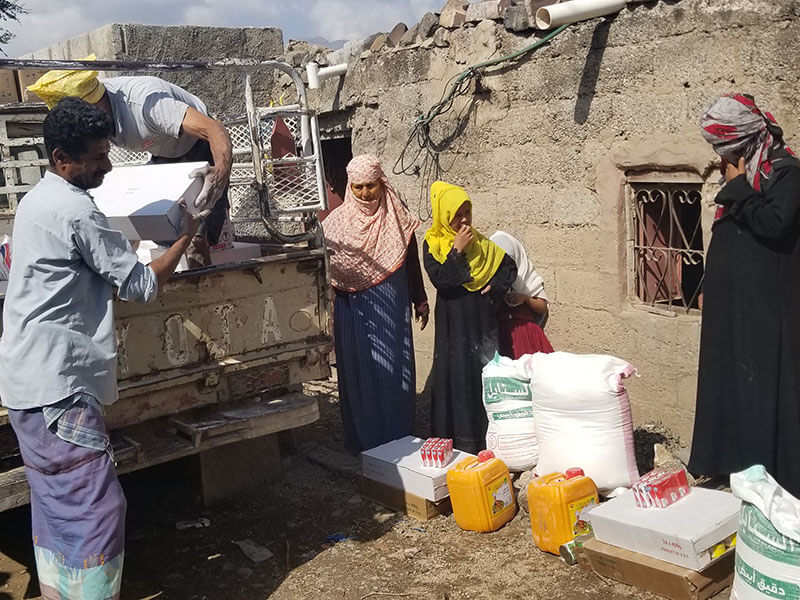 A rare respite in Yemen war

The past few months have brought Yemen a rare respite from the violent internal conflict that began in 2015. Warring parties agreed to a ceasefire that has been held for more than two months now. This pause in fighting has marked the first nationwide truce observed since 2016. Praise God!

Despite this fragile rest from most active fighting, Yemen’s problems are far from over. Even if a long-term truce would be agreed upon, it would take years for Yemen’s poverty-stricken population to recover.

Urwah,* a Yemeni father, owned an electronics repair shop. He had a good education and was well respected by his community. The money he made from his shop was enough to provide for his wife, five children, and his mother.

Although Urwah’s financial situation got tighter after Yemen’s war began, he could still make ends meet until the day that an electric spark caused a fire in his workshop. The fire destroyed everything and in Yemen’s crumbled economy, where commercial insurance is unheard of, he could see no way to recover.

Providing for his family’s daily necessities became a relentless drain on the few assets Urwah had left. His debts quickly added up, and with all the hardships, he felt he had nowhere to turn. Despair overcame him, and Urwah took his own life—adding the bitterness of grief to his family’s ongoing battle for survival. In recent months, CAM contacts in Yemen were able to reach Urwah’s family with a food basket, helping to meet some of their needs.

May God richly bless you for helping us to reach needy families in Yemen.

Pray with us that God would hold the ceasefire in Yemen if it is his will! Pray also for the many suffering and hungry Yemenis who continue to struggle in deep poverty.

To help support the Food for War-Torn Yemen program, please click below to give a one-time donation or to start a monthly sponsorship.