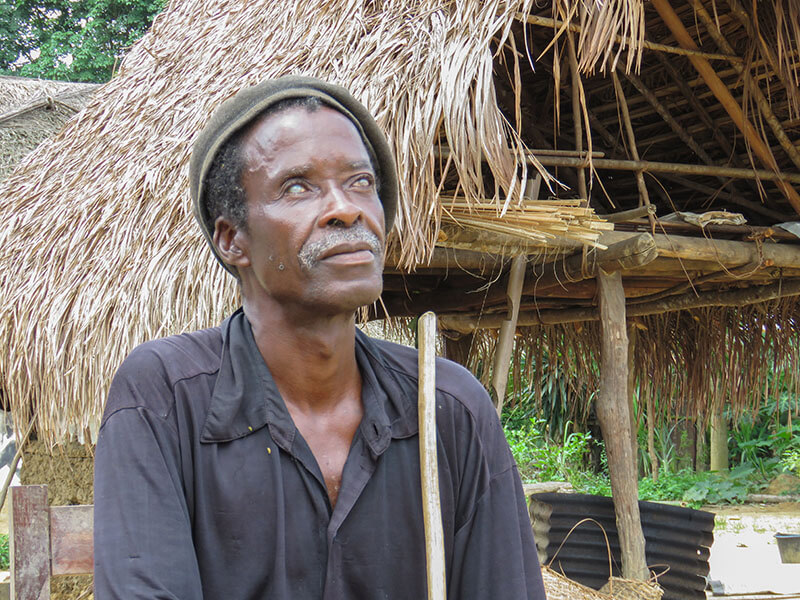 “I was hungry and you took me from hunger”

Flomo from Liberia used to be the town chief; today he depends on others for help. The gift of a CAM food parcel and ten dollars reminds Flomo that someone cares about him. Flomo says, “I was hungry and you took me from hunger. God bless you!”

Elderly people like Flomo continue to suffer from Liberia’s civil war in the early 1990s. Flomo’s four children died in the war. He also lost his eyesight after rebel soldiers demanded that Flomo carry 200 pounds of rice seed on his head. When Flomo stated that he was physically unable, the soldiers said, “Then you will die.” They beat him mercilessly with their cartridge belts, destroying his vision.

To help support the Help-for-the-Elderly program, please click below to give a one-time gift or start a monthly sponsorship. 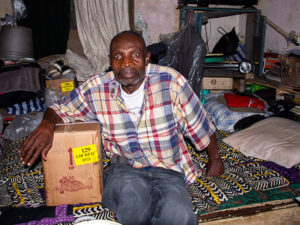 Hope in the form of a food parcel

A group of Christian workers with a food parcel hurried down the narrow alley, trying not to flinch at the foul smell of open sewers. Stepping over puddles, they arrived at a courtyard. Tall, crumbling buildings surrounded a barren patch of land and children playing...
Read more.. 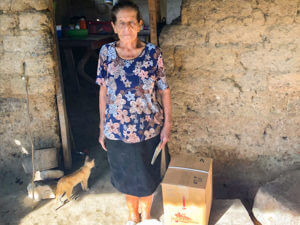 Reyna is a spunky seventy-nine-year-old widow who lives in the mountains of northern Nicaragua. She is a mother of six who has been widowed for thirty-six years. Reyna spoke wistfully of her life before the passing of her husband, who supported the family by working...
Read more.. 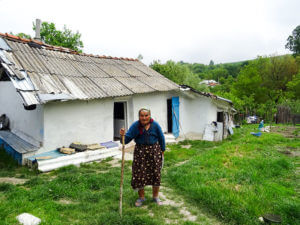 The elderly: Forget us not