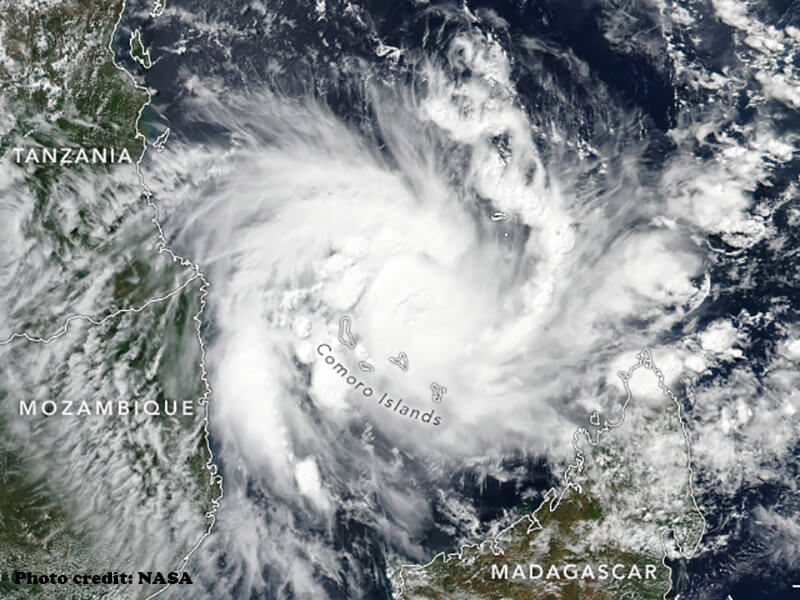 Just five weeks after Cyclone Idai devastated Mozambique, another cyclone has struck this country. Cyclone Kenneth made landfall on Thursday, April 25. The storm packed winds of 140 mph, which is the equivalent of a Category 4 hurricane. Forecasters predict that Cyclone Kenneth will bring more than 20 inches of rain over the next few days.

Join us in praying for those who are suffering from this storm. Our International Crisis staff members and contacts in Mozambique are monitoring the impact of the cyclone. We hope to help as needs and opportunities arise.

Cyclone victims in Mozambique are beginning the long, difficult road to recovery. Cyclone Idai struck this impoverished African country in March. The storm destroyed thousands of homes, flooded croplands, and left thousands mourning the loss of loved ones.

Our International Crisis staff are working through contacts in Mozambique to distribute vegetable seeds to those affected by the cyclone. As soon as people replant their flooded gardens, the sooner they will have a supply of food for their families. This seed distribution will continue through the beginning of June.

If you wish to help cover the cost of this project, your support will be a blessing. In the unlikely event that more funds are received than needed for this project, the funds will be used in other International Crisis project. 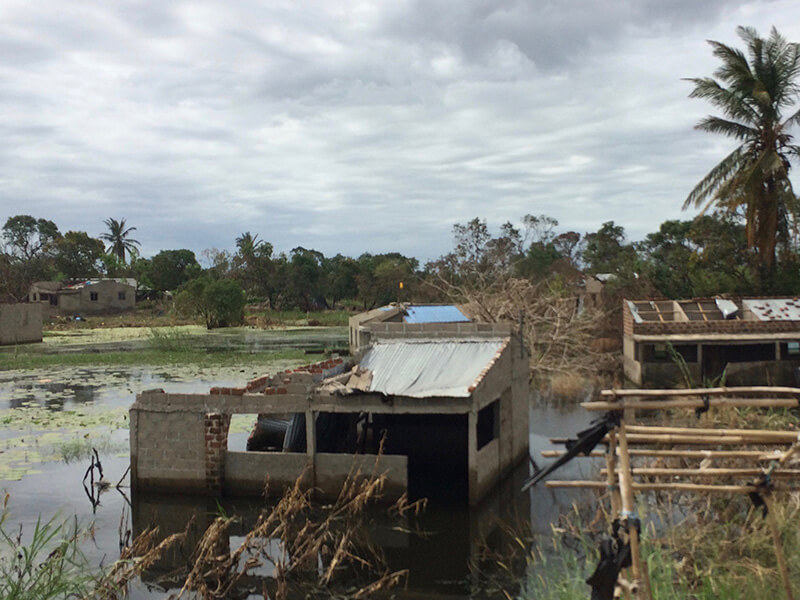 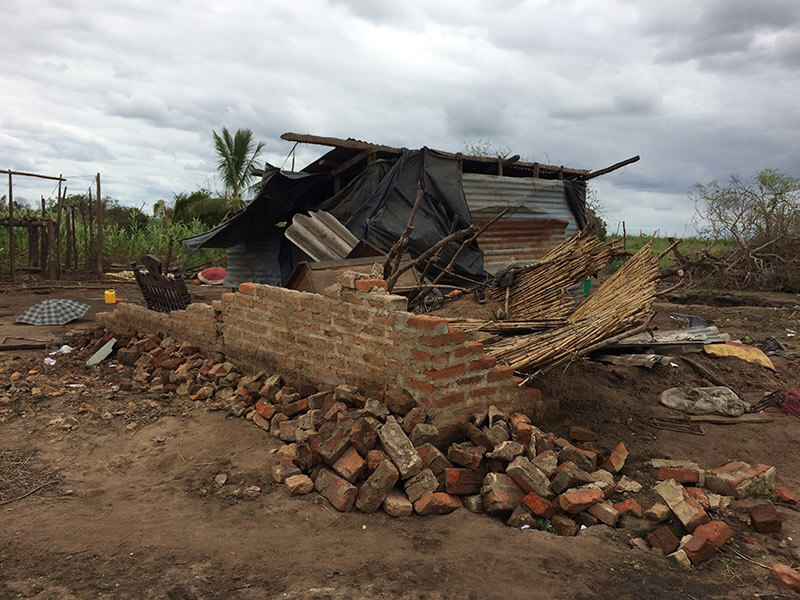 A home damaged by Cyclone Idai. 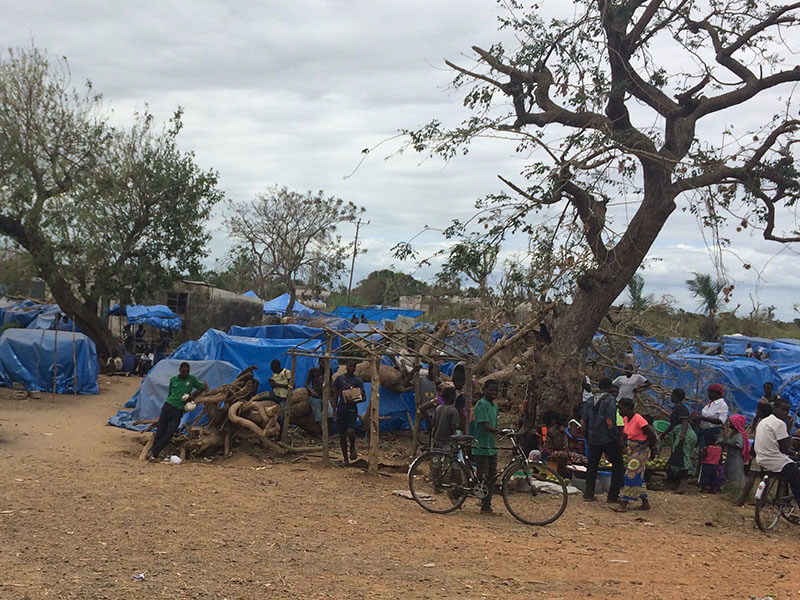 A camp for those displaced by Cyclone Idai. 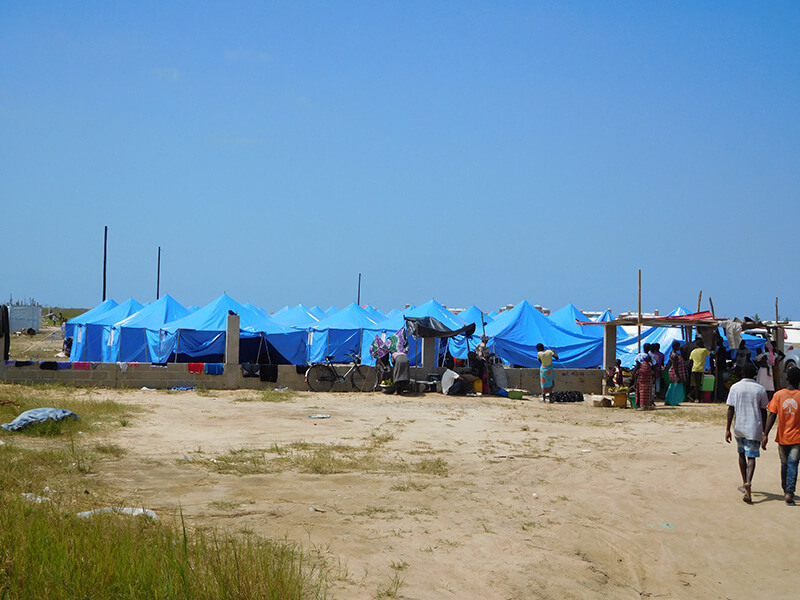 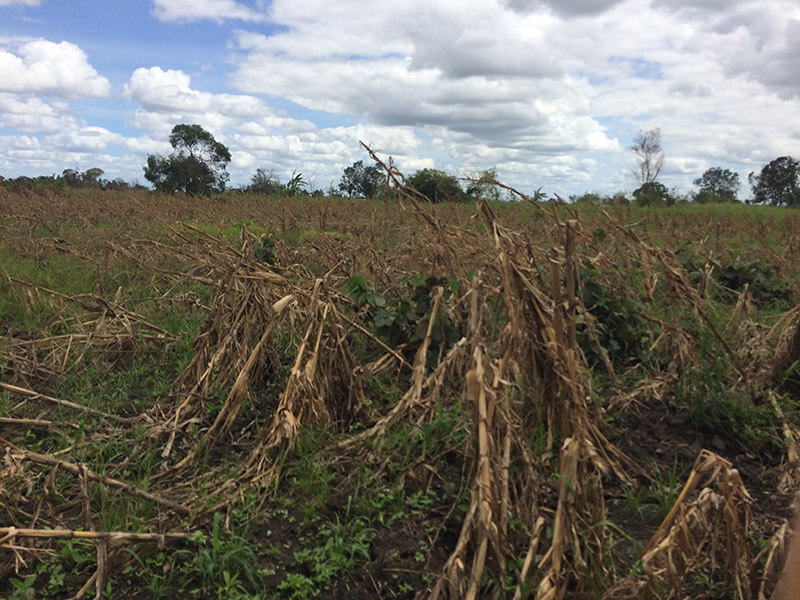 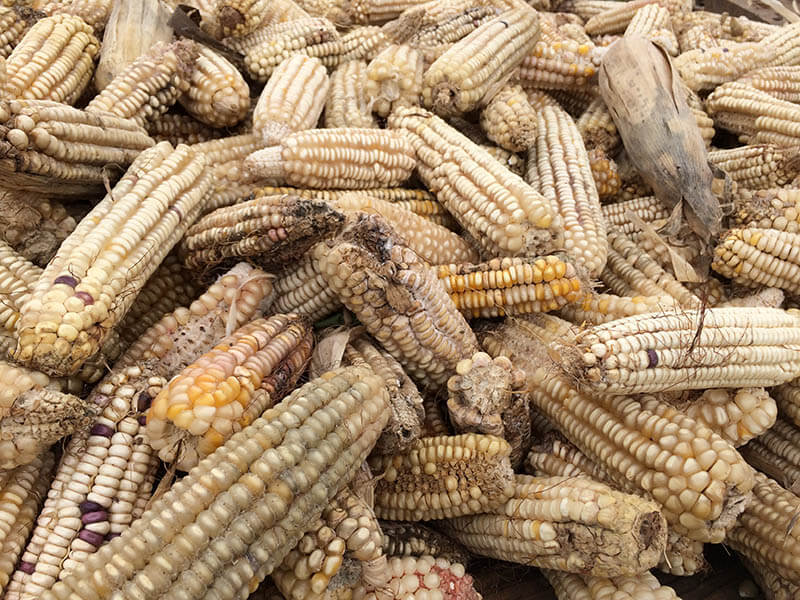 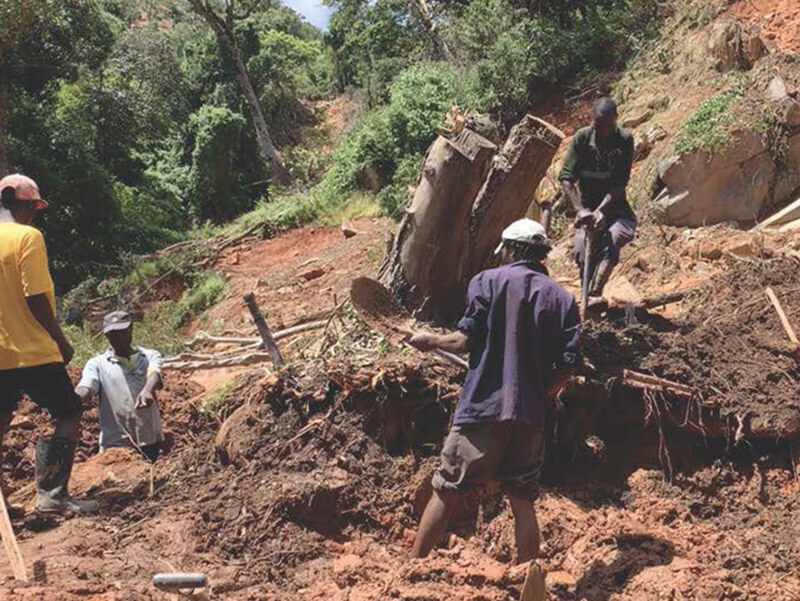 Victims of Cyclone Idai dig for a relative who was lost in the storm.

Reports continue to show the terrible damage of Cyclone Idai and the trauma the survivors continue to endure. The death toll stands at 750, but is expected to rise much higher. The port city of Beira, a city of 500,000 people, was 90 percent destroyed. An estimated 15,000 people were stranded on rooftops and “islands” that developed as Cyclone Idai burst riverbanks and unleashed flash floods.

Some saw trees as their only refuge. But a few days later, the trees transformed into dangerous prisons as snakes slithered along the branches and crocodiles lurked in the waters below. Weakness from lack of food and exhaustion meant the danger of being tipped into the currents.

Now almost two weeks after the storm, people are living in tent camps, schools, churches, roads, and other impromptu places on higher ground. The current needs are clean water, food, and clothes. Pray for wisdom as CAM continues to research the needs to find out ways we can help. Pray also for those affected by this horrific disaster.

To help support this International Crisis project, please click below. 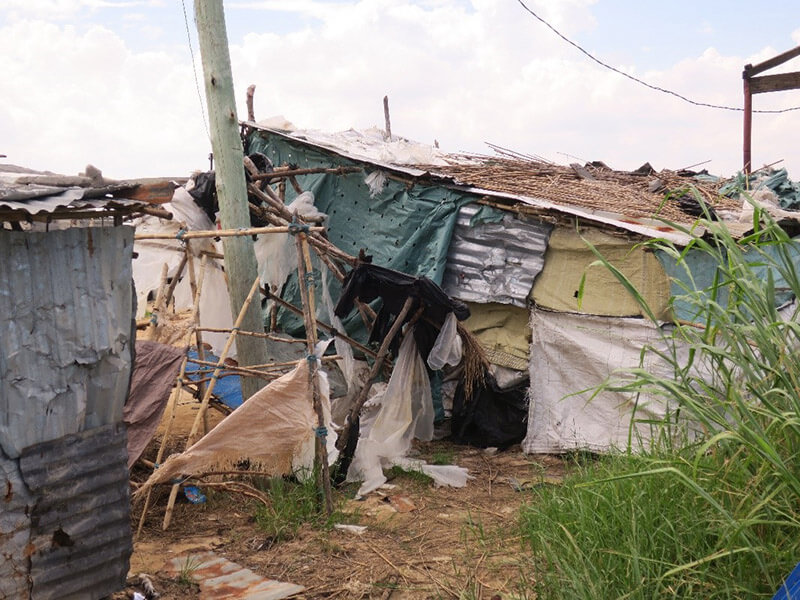 Mozambique is reeling in the wake of devastating Cyclone Idai. This storm struck the southern coast of Africa last week, bringing catastrophic flooding. Many homes are still submerged in the floodwaters. Hundreds of thousands are displaced, and the death toll in Mozambique is rapidly rising. Government officials expect the death toll to exceed 1,000. United Nations experts say Cyclone Idai is one of the most devastating weather-related disasters to ever hit south of the equator.

Many of those affected by the flooding were already living in severe poverty. Now they face overwhelming needs. Homes have collapsed and crops have been destroyed. Water-borne diseases could become rampant.

CAM’s International Crisis team is communicating with contacts in Mozambique to see how we can respond to this historic disaster. Several staff members are preparing to travel to Mozambique to investigate needs. We are unsure of how we will be involved, but will keep you posted as this project develops. Pray that God would direct and open doors as we research and find ways to help.

To help support the Mozambique Cyclone project, please click the link. To support crisis projects on a monthly basis, select the sponsorship option